Best hospitals in the Boston area 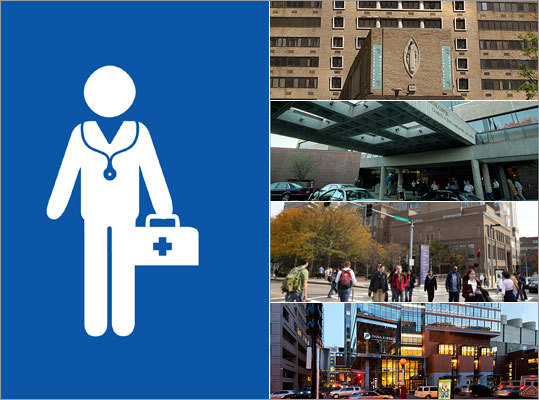 The new rankings recognize hospitals in or near major cities with a record of high performance in key medical specialties. To be ranked in its metro area, a hospital had to score in the top 25 percent among its peers in at least one of 16 medical specialties. Each of the hospitals received a US News score from 0 to 100 based on four basic elements: reputation, death rate, patient safety, and care-related factors such as nursing and patient services.