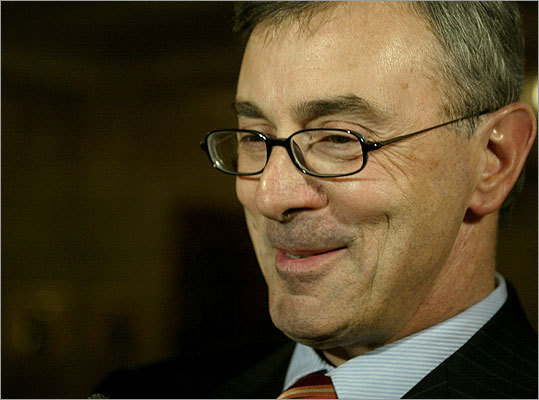 Former Massachusetts governor (1999-2001) and US ambassador to Canada (2001-05) Paul Cellucci died June 8, 2013, after a five-year battle with Lou Gehrig's disease, also known as ALS. He announced in 2011 that he had a relatively slowly progressing case of ALS. Read about that announcement.

ALS (amyotrophic lateral sclerosis) is a progressive neuromuscular disorder that damages nerve cells that connect the brain and spinal cord to muscles within the body. The destruction of these neurons prevents the brain from controlling muscles, eventually leading to paralysis.

A look at other notables who have, or suffered from, ALS...