How to grow a baby's brain 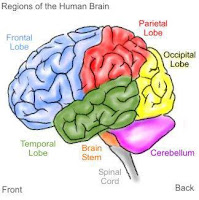 The Grow America Stronger Campaign was created to organize support for funding for investment in early childhood. This month the theme is early brain development. In support of these efforts I am publishing a short segment from my book Keeping Your Child in Mind that elaborates on how relationships grow the brain. It is a companion piece to my previous post that speaks to the need to support and value parents. Today's Rally 4 Babies, with featured guests Secretary of Health and Human Services Kathleen Sebelius, Secretary of Education Arne Duncan, and actress Jennifer Garner, will address the need for social policy supporting early learning.

A very brief discussion of the structures of the brain responsible for regulating emotions will, I hope, serve to demonstrate how parents can promote their child’s brain development in a healthy way… Research at the interface of neuroscience and infant development is offering great insights into how the exchange of looks between mother and baby actually grows the brain. Researchers have learned a great deal about infant development from a combination of detailed video observations of mothers and infants interacting and MRI studies of the brain in action. These imaging studies can actually see which parts of the brain are responsible for what behaviors. This research has shown that healthy wiring of a baby’s brain depends on attuned responses of caregivers. These responses can consist not only of words, but also looks, touch, sound of voice, and facial expressions.

A part of the brain called the medial prefrontal cortex (MPC) is primarily responsible for emotional regulation. When a person has a well-developed MPC, he experiences a sense of emotional balance. He can feel things strongly without being thrown into a state of chaos. The MPC controls and regulates the amygdala, a tiny, almond-shaped structure that is significantly more developed in the right brain and is responsible for processing such strong emotions as terror. Trauma researcher Bessel van der Kolk refers to this area as the “smoke alarm of the brain.” This structure, via another part of the brain called the hypothalamus, connects with the glands responsible for re- leasing stress hormones such as adrenaline and cortisol. These hormones give us the physical sensations of stress.

The development of the amygdala begins in the third trimester of pregnancy; it is fully formed at birth. Development of the MPC begins in the second month of life and continues well into a person’s twenties. By virtue of its location, the MPC literally hugs the amygdala. It serves to regulate and control the smoke alarm and in turn the powerful “fight or flight response.”

A third important part of the brain responsible for emotional regulation is the insula. The insula, another primarily right brain structure, connects with the visceral organs of the body, including the heart and intestines, as well as the skin. When experiencing empathy for another person, one often has a number of physical sensations, such as a tightening in the chest and tingling in the skin. These physical experiences of empathy, literally feeling what another person is feeling, are mediated by the insula. Mirror neurons, a special set of neurons first discovered in the early 1990s, are also thought to be important in the experience of empathy. They activate when a person is either doing something or watching another person doing something. They seem to code for not only the action, but also the goal or intention of the action. Thus they may play an important role in interpretation of the meaning of another person’s behavior. The insula, and perhaps the mirror neurons as well, play a critical role in attunement and the sense of being understood by another person.

When these connections are not well developed, intense emotions are not well regulated. In the face of fear, for example, a person may be flooded with stress hormones. However, with a well-developed MPC, she will experience the feeling, but her hormonal response will be turned down so that she is not overwhelmed. If, on the other hand, she does not have a well- developed MPC, the amygdala will go off unrestrained, and she will be flooded with fear that she cannot manage. In the face of overwhelming distress, she cannot make use of the parts of her brain responsible for rational thinking. She may become completely overwhelmed and be unable to function. In fact, the amygdala is overactive in post-traumatic stress disorder (PTSD) and all anxiety disorders.

When a parent gazes into her baby’s eyes, she literally promotes the growth of her baby’s brain, helping to wire it for a secure sense of self. The MPC has been referred to as the “observing brain.” It is where our sense of self lies. When a mother looks at a baby in a way that tells her, not with words but with feelings, “I understand you,” the baby begins to recognize herself, both physically and psychologically. This mutual gaze, in which the baby is literally and figuratively “seen,” actually encourages the development of the MPC and with it her sense of self. As her brain matures in this kind of secure, loving relationship, it becomes wired in a way that will serve her well for the rest of her life. She will be able to think clearly and to regulate feelings in the face of stressful experiences.

Originally published on the blog Child in Mind.
This blog is not written or edited by Boston.com or the Boston Globe.
The author is solely responsible for the content.

Claudia M. Gold, M.D. is a pediatrician and author of Keeping Your Child in Mind: Overcoming Defiance, Tantrums, and Other Everyday Behavior Problems by Seeing the World Through Your Child's More »