Warning: Some Herbal and Diet Supplements Associated with Liver Damage

If the product sounds too good to be true, it likely is.   Reported today by MedPage Today, the rate of liver damage caused by consuming dietary and herbal supplements is growing. These findings were reported this week at the annual meeting of the American Association for the Study of Liver Disease.

According to MedPage Today, the percentage of reported cases of liver damage caused by those taking these supplements has increased as much as 20 percent, with a more predominate rise among bodybuilders.  This isn't the first report of liver damage among supplement users.  Three separate case reports were presented at a recent American College of Gastroenterology’s (ACG) Annual Scientific Meeting.

While many individuals are using herbal and dietary supplements for a variety of health problems, they are taking them without disclosing their use to their health care providers.  In essence, the left hand isn’t informing the right hand as to what is being ingested.

This is what ACG reported:

Case Report No. 1:  Liver Failure with the Use of SlimQuick

At the meeting, Dr. Halegoua-De Marzio, MD, reported a case of liver failure in a 52-year old female who, after fasting three weeks, had ingested SlimQuick for two days.  SlimQuick is a weight loss supplement containing green tea extract.  There have been reports of toxicity issues in individuals using this supplement in the past, according to the ACG.    As a result, the patient had to have a liver transplant.

Investigator Khadija Haroon Chaudrey, MD, described a 44-year old female who, with no history of alcohol intake or other risk factors, developed liver damage leading to early cirrhosis after consuming black cohosh for one month.  Cirrhosis is the late stage of alcohol liver disease in which liver cells die, causing severe scarring.  “Given [the] patient’s history of black cohosh use and the timing of her abnormal liver chemistries, it was clinically evident the culprit agent was black cohosh,” claimed Dr. Chaudrey.   Once she stopped taking the black cohosh, her liver improved.

According to Brian Huang, MD, Chief Resident of the Internal Medicine Residency Program at Cedars Sinai Medical Center, a 36-year old male was admitted to the hospital after binge drinking (10 beers in three hours) and complaining of abdominal pain, fatigue, and jaundice.  He also admitted to having three energy drinks, specifically Rockstar Sugar Free, on a daily basis for the past year.  According to Dr. Huang, “We believe his prior history of binge drinking may have provided initial damage in his liver, making him more susceptible to develop liver failure.  Although the patient had a history of weekend binge drinking, his liver biopsy was not consistent with alcoholic hepatitis.  Thus, we believe the liver failure was linked to the long-term energy drink consumption.”  Dr. Huang advocates for more studies that look at the relationship between energy drinks and liver damage. 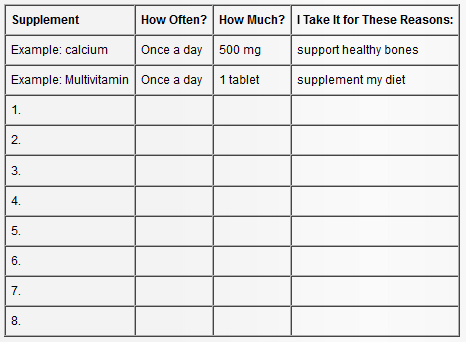 The last thing you want to occur is to end up as a case report at a future scientific medical meeting.


Follow Joan on Twitter at:  joansalgeblake
Originally published on the blog Nutrition and You!.
This blog is not written or edited by Boston.com or the Boston Globe.
The author is solely responsible for the content.