Medical sensors could phone for help 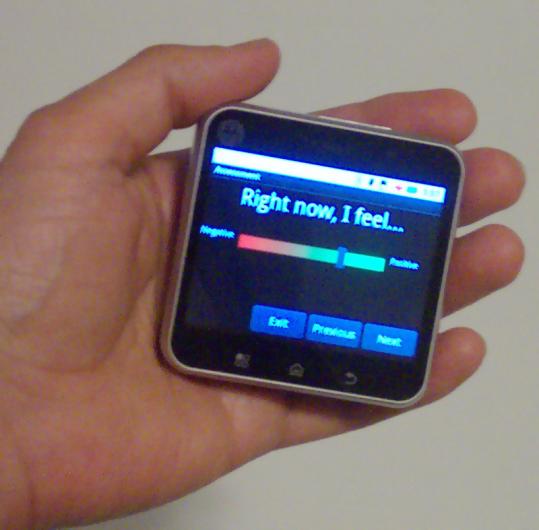 A man struggling with drug addiction feels a craving coming on, but his next therapy appointment is not for another week. Right away, his cellphone buzzes, offering a breathing exercise, a motivational message, or even just a distracting game. And his doctor can check on him remotely and alter the messages, if his stress is not alleviated.

For now, this telemedicine scenario is in the future. But in a small pilot program, researchers from the University of Massachusetts Medical School in Worcester and the Massachusetts Institute of Technology have created technologies that will ultimately enable cellphones to automatically detect and intervene when a person suffering from post-traumatic stress disorder or substance abuse problems needs support.

In a paper published in the Journal of Medical Toxicology, the researchers describe the first generation of the system, which includes wireless sensors that can measure stress symptoms and algorithms capable of crunching data from those sensors to detect patterns that suggest an emerging anxiety attack or drug craving.

“I’ve been doing technology all my life, but the next phase is to apply the technology to real-world problems that are hard,’’ said Rich Fletcher, an assistant professor of psychiatry at UMass Medical School and a research scientist at the MIT Media Laboratory.

As technology has matured, professionals in two different worlds became interested in its potential to offer novel approaches to health care: engineers more used to tinkering with electronics and software and doctors looking for new ways to approach medical problems.

In 2005, Rosalind Picard, a professor at the MIT Media Laboratory, wrote about a future scenario in which evolving technologies, including wireless devices and sensors that can automatically track physical attributes, could be applied to real-world situations, such as helping support people fighting addiction. Those tantalizing possibilities also triggered the interest of Dr. Edward Boyer, a professor of emergency medicine at UMass. The researchers began to work together, focusing on the needs of veterans grappling with substance abuse or post-traumatic stress disorder.

Fletcher, who has long been involved in designing and engineering wireless sensors, said that while the dream has been around for many years, recent technological improvements now make such a system viable.

Sensors in a wrist or ankle band and a smartphone would not supplant the critical role of a psychiatrist or therapist, Fletcher said, but augment their ability to deliver care and even give doctors a wider window into their patients’ suffering and progress. It could also increase the patient’s engagement in their treatment program.

In the initial study, male veterans with a history of substance abuse problems and post-traumatic stress disorder were recruited to test an early version of the device.

Fletcher pinpoints two important areas of future research: studying which intervention messages are most effective in helping patients manage stress and improving the software’s ability to use sensor data to detect what users are feeling or experiencing.

Dr. John Halamka, chief information officer for Beth Israel Deaconess Medical Center, said the technology is part of a wave of innovation in “m-health,’’ or the use of mobile devices in health care.

Such technology will be increasingly important because of the potential to provide continuous monitoring that could prevent serious health problems from developing instead of waiting until people know they need to see a doctor, Halamka said.

“The notion of health care reform is we’re going to be paid for keeping people well, as opposed to treating them while they’re sick,’’ Halamka said.