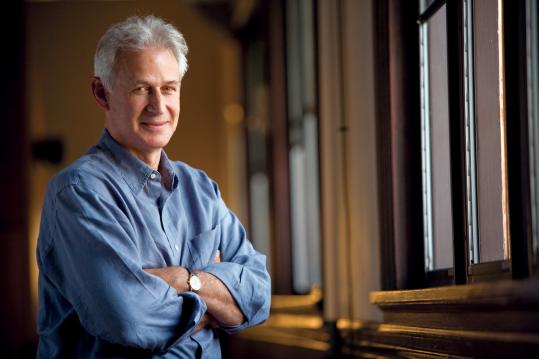 Shonkoff, director of the Center on the Developing Child at Harvard, has launched a national campaign against ‘‘toxic stress’’ in childhood.

Q. What do you mean by the term “toxic stress’’?

A. Toxic stress refers to what’s going on physiologically in our bodies when our stress response system is activated for long periods of time without being brought back to baseline.

A. Stress wears the body down. There are parts of the brain that are very sensitive to some of the stress hormones that are elevated with toxic stress. Early in life, this is the time that those circuits are actually being developed. If not developed well, you have weak circuits for the rest of your life.

A. The most common causes are things like recurrent abuse, chronic neglect, constant exposure to violence. But it’s not the triggers that define toxic stress, it’s the inability of the body to calm down and go back to baseline.

Q. The crucial thing for children then is to have an adult help them?

A. Children who live in war zones, children who face tremendous adversity, if they are buffered by adults who are giving them a sense of security, helping them develop their own coping styles and mechanisms, they will be much more likely to do well. Children who are left to fend for themselves or whose support is unpredictable, they are the most vulnerable.

Q. What happens if we don’t prevent toxic stress?

A. The consequences of toxic stress are among the most expensive problems society deals with. Prison is incredibly more expensive than early childhood programs. Economic dependence is much more expensive than people earning a living and paying taxes. Being healthy is much less expensive than paying for heart disease and diabetes and stroke. All of this is not only morally imperative, but it has huge financial cost implications.

Q. How many American children live today with toxic stress?

A. I can’t give a precise figure. It’s not every kid living in poverty, violent neighborhoods, war zones. If they have at least one adult who is giving them a sense of safety and security, the chances are more likely their stress will be tolerable rather than toxic.

Q. It sounds like you’re suggesting more social programs to support these kids and their families. But this doesn’t seem like a good time politically to be asking for more social services.

A. What’s exciting about the biology is it takes it out of the political realm and asks us how it is that poverty and maltreatment result in problems later and how we could prevent that. It offers more ideas for new solutions and new approaches, rather than just the same old political arguments. Everybody wins if we prevent toxic stress in young children, and everybody loses if we don’t.

Q. So, one day, a pediatrician could look at a child’s biochemistry and diagnose him or her with toxic stress?

A. This is at the edge of where a lot of the research is going next. Toxic stress is a concept based on a lot of science, but we have not yet gotten to the point where we have developed a biologic measure of toxic stress. But it’s fair to predict that at some point, this is going to be the central point of what pediatricians are assessing.