Shortages are agonizing for patients, frustrating for doctors 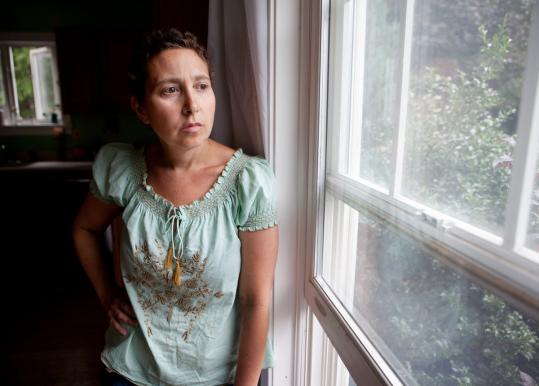 Alison Curran of Hadley could not get the drug her doctor wanted to use to treat her aggressive form of leukemia. (Matthew Cavanaugh for The Boston Globe)
By Carolyn Y. Johnson Globe Staff / August 17, 2011

Ellen McCarthy was scheduled to receive her monthly dose of an ovarian cancer drug at Massachusetts General Hospital last month when she got distressing news: The hospital had run out.

There was a nationwide shortage of the drug, Doxil, but her medical team scrambled and after a few days of uncertainty located an extra vial at a clinic in suburban New York. The 60-year-old retiree drove with her husband and dog to Mount Kisco, N.Y., received the intravenous treatment, then headed back home to Martha’s Vineyard - a 10-hour round trip.

This week, McCarthy received Doxil at Mass. General. But with the manufacturer writing letters to physicians warning that the drug will be intermittently available in the months ahead, McCarthy doesn’t know what to expect. “And my life depends on it,’’ she said. “It never occurred to me in the course of treating my cancer, I was going to deal with a lack of supply.’’

Drug shortages have been on the rise in recent years, affecting everything from antibiotics to anesthesia drugs, for reasons that range from manufacturing problems to companies discontinuing a medication. But shortages are particularly harrowing with cancer drugs, when time is of the essence and substitutes aren’t always available.

More than a dozen cancer drugs are now in short supply, according to the US Food and Drug Administration, creating a situation that doctors at local hospitals say is unprecedented, and worsening. A drug used to treat testicular cancer is scarce; earlier this year, a leukemia drug was affected. And some of the drugs used to treat pediatric cancers, many of which are curable, are in short supply.

“To not have these drugs available is unconscionable; we literally cannot treat cancers we know are not just treatable but curable,’’ said Dr. Michael Link, president of the American Society of Clinical Oncology.

According to the FDA, there were 178 drug shortages in 2010, three-quarters of which were sterile injectables, which include chemotherapy infusions. Already this year, there have been 180 drug shortages.

Jouhayna Saliba, senior regulatory program manager at the FDA’s Drug Shortage Program, said that about half of the shortages last year were spurred by manufacturing quality problems. Generally, she said, a small number of firms make oncology drugs, so if one company has an issue it can be difficult for another manufacturer to step in and meet the demand.

“We agree these are critical shortages that are occurring, and they have significant patient impact. . . . We encourage manufacturers to report any problem that could lead to shortages,’’ Saliba said.

But that has left local physicians on the cusp of what might become a crisis. None can recall a patient who had to forgo a dose or didn’t get an equally effective substitution, but they note that there have been delays and workarounds not typical in oncology. Many point out that the most expensive patent-protected drugs are readily available, while some decades-old cheaper generic drugs have become hard to get.

“The biggest anxiety we have is [that] this the tip of an iceberg - and is this going to be a trend for the future?’’ said Dr. Michael Birrer, director of medical gynecologic oncology at Mass. General, who has sent patients to clinics in Maine, New York, and Western Massachusetts for Doxil, and also used an alternative form of the drug that carries side effects that have to be carefully managed.

“Agents that have true benefits in extending survival are becoming scarce. It makes no sense,’’ said Dr. Jack Erban, clinical director of the Tufts Medical Center Cancer Center. Erban said that at Tufts, priority lists are drawn up when shortage notifications arrive - an emergency plan in case the levels of a drug drops too low.

“This is a completely new phenomenon that’s started happening in the last, I’d say, 12 to 24 months,’’ Erban added. One of the main frustrations, doctors said, is that there is often limited information about the cause of the shortage.

Jason Kurtz, a spokesman for Bedford Laboratories, a company that makes generic injectable drugs, said a variety of issues contribute to shortages, from limits on a factory’s production capacity to a manufacturing line unexpectedly being down.

But he noted that because only a few companies may make a drug, a problem at one company can create a domino effect as other manufacturers may not be able to meet unplanned demand. For example, Bedford Laboratories’ market share for cytarabine, a leukemia drug, shot up from 54 percent in 2010 to 82 percent at the beginning of this year as two manufacturers dropped out of the market.

That leaves physicians in a precarious position.

“There have been shortages before, but I’m hearing much more about them on a more regular basis,’’ Dr. Lowell Schnipper, chief of hematology/oncology at Beth Israel Deaconess Medical Center, said in an interview last week. “Right now, we have today’s message from pharmacy, which basically said that they’re literally scraping the barrel to get the last few doses’’ of Doxil.

Two months ago, Dr. Eyal Attar, an oncologist at Mass. General, was dealing with a shortage of busulfan, a drug used in bone marrow transplantation. Before that, a shortage of cytarabine led to efforts to find equivalent alternatives.

“We definitely did not turn people way, did not select regimens that were less efficacious,’’ Attar said. “We had to be very judicious with our scheduling, very parsimonious with the supplies we had.’’ For example, if there was a large, 100 milligram vial of a drug left, multiple patients might be scheduled around the same time so no amount was wasted.

Attar’s patient, Alison Curran of Hadley, was diagnosed last year with acute myeloid leukemia and found herself in an anxious holding pattern this February.

“I got a phone call from the doctor saying, ‘We’ve got a shortage of cytarabine. Hold on, don’t come in yet.’ I was pacing the floor saying, ‘This isn’t happening to me,’ ’’ Curran said.

Attar knew that with the aggressive cancer Curran had, they could not wait until the shortage was resolved. So she was given an alternative, equivalent regimen.

“It’s bad enough we’re suffering with cancer,’’ Curran said. “The whole thing was scary, emotionally and physically. I had to worry about my life and my children.’’