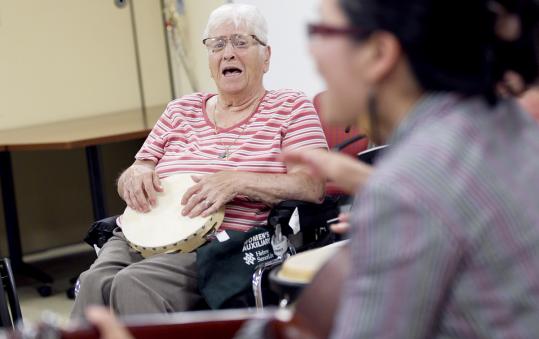 There’s no surefire way to slow the aging process, but the most effective treatment so far isn’t high tech or complicated, and it won’t add to America’s health care cost burden. It simply requires relaxation and tuning into yourself.

Research suggests that one of the most powerful ways to counter aging is to trigger what might be called the “relaxation response,’’ which is hard-wired into human biology as much as a the “fight or flight’’ response to danger, said Dr. Herbert Benson, director emeritus of the Benson-Henry Institute for Mind Body Medicine at Massachusetts General Hospital.

The relaxation response changes gene activity, he said, countering negative effects of stress, which causes or exacerbates many of the scourges of later life: high blood pressure, heart attacks, strokes, insomnia, anxiety, depression, and rheumatoid arthritis, according to recent research.

“It’s not a drug, there are no side effects, and it’s cheap, other than your time,’’ said Benson “It changes your genes’ activity. What could be more profound than that?’’

So how do you trigger this age-defying response? The key is to set aside time each day to relax, said Benson. You can’t just relax once in a while and expect to age better.

When he first started researching ways that the mind can influence the body’s health, Benson stayed away from intentionally drawing out the relaxation response in himself. He thought it might bias his research.

But as more data suggested its usefulness - and he started to feel the effects of aging himself - he became a regular relaxer. Now 76, Benson said he doesn’t allow a day to go by without spending 10-20 minutes purposefully relaxing.

For him, the key is to break his everyday train of thought by focusing on and repeating a word, phrase, or movement. When his thoughts drift away from this word or activity, he gently redirects himself back.

Other people find relaxation in yoga or running, he said, explaining that so-called runner’s high is the same chemically as the relaxation response.

“Older people as well as preschool children can evoke this response,’’ he said. “You simply have to choose one [approach] with which you’re comfortable.’’

This natural system for handling stress tends to wear thin as we grow older, said Elissa Epel, an associate professor of psychiatry at the University of California, San Francisco. Beyond age 60, when people get stressed, they tend to stay stressed longer. “Knowing that the body becomes less resilient to stress with age,’’ she said, “I would take stress more seriously and try to design a lifestyle that builds up resilience to stress.’’

Epel has been studying both the impact of chronic stress - specifically the toll it takes to care for an ailing family member - and the reduction of psychological stress. There are indications from other studies that relaxation can slow the process cells go through as they age.

Relaxation may not be as simple as just clearing your mind, though. A recent study showed that people were able to slow cellular aging by participating in a form of mindfulness meditation for 6 to 10 hours a day for three months, focusing on breathing, and practicing loving-kindness, compassion, and joy. Clifford Saron, a research scientist at the University of California at Davis who led the study, says that improving psychological well-being - not just destressing, but getting in touch with and feeling good about yourself - is necessary to slow the aging of cells.

At Hebrew Rehabilitation Center at NewBridge on the Charles, a rehabilitation center and nursing home in Dedham, they’ve learned to offer a range of ways for seniors to get a break from the daily stresses of life, from singing to painting classes, breathing exercises to drumming circles.

“My personal opinion is that if it works for you, do it,’’ executive director Anne Thomas said. “If you find your place, it doesn’t really matter if you’re drumming or doing meditation or a yoga class - it’s all the same benefit.’’

Sometimes older adults resist so-called mind-body practices because they did not grow up doing them, she said. But when their doctor prescribes a yoga class, suddenly they find it more acceptable, she said.

Thomas, a devoted yoga practitioner herself, is amazed by the benefits. “Our older adults, they take the pills - and they take a lot of them - but when they get in touch with their bodies and their breath and they’re moving and stretching in ways they haven’t done in years, it’s like they’re waking up,’’ Thomas said. “It puts them more in charge of their body and their well being.’’

The debate over breast cancer screening and how to determine what's best for you.