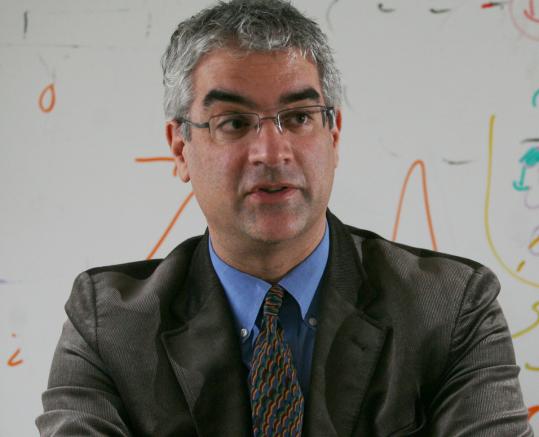 It is a seductively simple idea: human traits, ranging from smoking to loneliness to obesity, are contagious, spreading through social networks like the flu.

When a Harvard professor and a California political scientist made this case in a series of articles published in top academic journals since 2007, their work became front page news and the subject of a popular book, and it quickly disseminated into popular culture.

Dr. Nicholas Christakis of Harvard Medical School made it onto Time magazine’s list of the world’s 100 most influential people, while his collaborator, James Fowler of the University of California, San Diego, appeared on “The Colbert Report’’ and “Good Morning America.’’ Then, the backlash began.

In a handful of recent papers, outside scientists critiqued certain methods Christakis and Fowler used to reach their striking conclusions.

The critics point out specific ways in which the researchers’ analyses didn’t adequately rule out reasons other than social contagion that could cause a group to share a trait, including living in a common environment or the tendency for people to choose friends who are similar to them. Are you lonely because you “caught’’ it from a friend in your network? Or is that one of the reasons you became friends?

The debate is a classic example of how science works. In a back-and-forth that can drag out for years, researchers argue the merits of studies at scientific meetings, in letters published in journals, and, increasingly, on blogs. But this case is unusual because the ideas were popularized by the media and the scientists even as specialists challenged the foundations of the findings. The publicity has drawn scholars from mathematics and political science into a debate about public health.

“Probably if Christakis and Fowler had not pushed it quite so forcefully and vigorously, probably not so many people would have responded as vigorously,’’ said Cosma Shalizi, an assistant professor of statistics at Carnegie Mellon University who co-authored one critique of the work.

“It was actually kind of depressing. When we started working on it, I thought what was in the original Christakis-Fowler paper wasn’t quite right and there’d be a small technical fix. I was rather surprised,’’ Shalizi said, when his analysis suggested that using their approach, it was generally not possible to distinguish contagion from homophily - birds of a feather flocking together - without making what he called implausible assumptions about how the network is formed.

Christakis and Fowler are planning to publish a paper to respond to the critics, drafts of which have been made available, and they are actively taking part in a dialogue about how to refine techniques in social network analysis. They point to studies by other researchers that support their conclusions, and argue that the critiques do little more than add uncertainty to their work - akin to a bathroom scale being a pound or two off.

“The main findings are extremely robust, and we stand behind our work,’’ Christakis said in an interview. “Most of us remember using paper maps in our cars just 10 years ago but the precision in mapping has increased tremendously and we now have GPS systems. It doesn’t mean old-fashioned road maps are useless or inaccurate. So to our critics, who say, ‘You’re using maps, not GPS,’ we say, ‘You’re right, but can you give us a GPS system?’ ’’

Christakis and Fowler’s work suggested that health was collective, with traits as disparate as obesity and alcohol consumption spreading from person to person like an infectious disease. Social contagions seemed to follow a three-degrees-of-influence rule, meaning people’s health behaviors might affect their friends’ friends’ friends - even if they’d never met.

But many scientists interviewed seemed uncertain about how solid the findings are now, given the range of problems that have been brought to light.

“Although no one doubts that contagion is a plausible explanation,’’ Duncan J. Watts, a principal research scientist at , wrote in an e-mail, “I think what the various critiques have driven home to many of us in the research community is the extraordinary difficulty of differentiating contagion from other plausible explanations, in particular homophily.’’

The harshest critique is leveled by Russell Lyons a mathematics professor at Indiana University who earlier this year published a paper titled “The Spread of Evidence-Poor Medicine via Flawed Social-Network Analysis.’’

A more tempered assessment, published by Harvard School of Public Health epidemiologist Tyler VanderWeele earlier this year, looked at whether contagion reported in four of the studies could be accounted for by other factors. VanderWeele’s analysis found that contagion effects for smoking and obesity were plausible, but that studies showing happiness and loneliness spread like germs could easily be explained away by other factors.

“I certainly think as a first pass at trying to address the question, I think they did reasonably well,’’ VanderWeele said in an interview. “The public health implications of these types of analyses, these ways of thinking, could be fairly important and it’s largely an open question right now. . . . I think it’s important to establish how substantial this [effect] is.’’

Sinan Aral, an assistant professor at New York University’s Stern School of Business who specializes in studying networks, found in a 2009 study that analyzed a different data set, homophily and environmental factors may explain more than half of what may appear to be contagion when using methods similar to those used by Christakis and Fowler.

“Their work does bring to light some interesting correlations. . . . My personal claim is we still have a lot of work to do,’’ Aral said.

Christakis and Fowler have continued research, including performing experiments to try to bolster their earlier work.

To move forward, many scientists said, people will need to start identifying solutions.

“The critiques are right in the fact that some of these tools are not appropriate,’’ said Albert-Laszlo Barabasi, a physics professor at Northeastern University who specializes in network analysis and has collaborated with Christakis. “I would really like to challenge these people - take this data and show us the way to do it right. We all need it.’’

Is there a connection between cell phones and cancer?