Will emphasis on screening be harmful to your health? 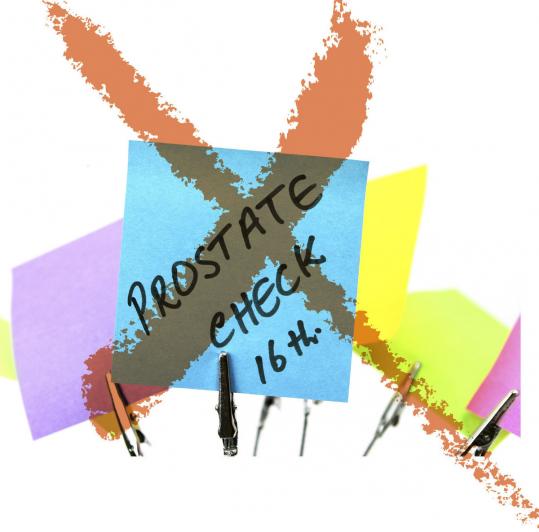 The federal government last week unveiled its “National Prevention Strategy’’ in an attempt to stop health problems like heart disease, diabetes, and cancer before they start. Along with lifestyle changes, the plan discusses the importance of tests like colonoscopies, obesity screening, and mammography, among free screening tests mandated by the Affordable Care Act.

But a former government health researcher is concerned that political considerations are leading the Obama administration to lean too heavily on screening, which can have unexpected downsides. Dr. Kenneth Lin, a Washington, D.C.-based family physician who used to conduct research for the government agency that helped develop screening recommendations, wrote in a recent blog post that the government’s acronym PPIP — for put prevention into practice — should really stand for “prevention politics injures patients.’’

Those are fighting words, but Lin quit his job at the Agency for Healthcare Research and Quality last November after a meeting of independent experts to vote on recommendations for prostate cancer screening was unexpectedly delayed that month.

Lin blames politics and the maelstrom weathered by the Obama administration when those same experts — used by the government to set screening guidelines — downgraded mammography screening recommendations for women in their 40s, at just the time when the health care bill was being debated in Congress. The experts stop recommending routine screening of women in their 40s, leaving it up to women to decide with their doctors whether to have mammograms.

This touched off angry accusations that the government was trying to ration care to save money, and the furor ultimately led Congress to add specific wording to the bill stating that mammograms would be covered.

“After the whole mammography thing happened, the White House wanted to know what’s coming down the pike so they wouldn’t be surprised again,’’ said Lin in an interview. “We sent them a list.’’

Of course, this is all hearsay. Lin never spoke to anyone in the administration, but he said several things he was working on “got shelved’’ by his bosses. (They declined to comment.)

What prompted Lin to quit was the canceled meeting that delayed a vote by the task force, which was expected to result in recommending against prostate cancer screening in men of any age. The official reason was a scheduling conflict, though Lin suspects political factors came into play.

But Dr. Virginia Moyer, who currently heads the task force, told me she doubts that was the case. While she came on board only in March, she said she was supposed to attend the November meeting as a guest and was told the chair at that time had run into “scheduling issues.’’ Since the meetings are set up two years in advance, she said, the group had to wait until March, when the next meeting was slated.

It was at that time that the group finally voted on prostate cancer screening recommendations, but the outcome will not be public until the paper is published sometime in the next few months.

She did, though, agree with one concern expressed by Lin — the slowing of the process to get new screening recommendations approved. Often by the time the recommendations come up for a vote, the research on which they are based has become outdated.

Moyer also brought up a hidden downside to the free cancer screenings now required in the health care law: Those freebies often lead to more out-of-pocket costs down the road. She said that she recently had an abnormal screening mammogram — which was free — but that she would now have to pay several hundred dollars for a diagnostic mammogram that is not fully covered by her insurance.

“And there’s a high likelihood this will turn out to be nothing,’’ she said, “like the last abnormal mammogram I had.’’

Those who take advantage of free screening colonoscopies may be shocked to learn that if they have any polyps, their removal — which occurs during the procedure — is not covered under the free screening. They could be billed for it separately, even though it took just a few minutes for their doctor to snip the polyp off.

A new state-by-state analysis issued last week by the American Cancer Society’s Cancer Action Network found that smoking restrictions in place in Massachusetts have most likely resulted in an estimated 270 fewer heart attack deaths each year in the state.

What’s more, the report found that the smoke-free laws, which went into effect seven years ago, had no “statistically significant economic impact’’ on bars or restaurants.

If the state raised its cigarette tax — currently at $2.51 per pack — by $1 per pack, it would fare even better, according to a second Cancer Action Network report last week. About 22,200 fewer young people would start smoking and, over five years, the state would save an estimated $9.05 million in health care costs for smoking-related lung cancer, heart attacks, and strokes. (Health officials would also have more money to finance smoking cessation programs.)

“The bottom line is that strong tobacco control policies are a win-win,’’ said John Seffrin, chief executive officer of ACS CAN, at a press conference.

dawn2718 wrote: As a nonsmoker, I appreciate being able to breathe clean air. I don’t care whether you smoke or not as long as I don’t have to breathe second-hand smoke or smell the stink. Ever. D.K.

A new analysis published last Tuesday in the Journal of the American Medical Association suggests TV watching could be on par with smoking, a lack of exercise, and diet as a risk factor for heart disease and diabetes.

The researchers analyzed eight previous studies and found that for every two hours of daily TV watching, a person’s risk of developing diabetes rose by 20 percent, and the risk of developing heart disease rose 15 percent, over the course of the studies, which ranged from four years to more than 20.

“In the US, people spend an average of five hours a day in front of the TV,’’ says study co-author Dr. Frank Hu, a professor of nutrition and epidemiology at Harvard School of Public Health. “That’s an increase from years past, when they used to watch for three hours a day.’’

Research has even shown that we burn fewer calories when watching TV than when we sit and do other things. “It’s almost completely passive and is probably the best marker of a sedentary lifestyle: the couch potato syndrome,’’ says Hu.

The cure for such a syndrome? Limit TV time to no more than two hours per day, Hu suggests.

lgmoney wrote: Glad to read that TV was the main villain here and not a work station where one can be most of their workday.

seekshealth wrote: Next time you are watching TV, march in place during commercials, dance around to the open[ing] credits, do 20 jumping jacks every few mins. Get moving! D.K.