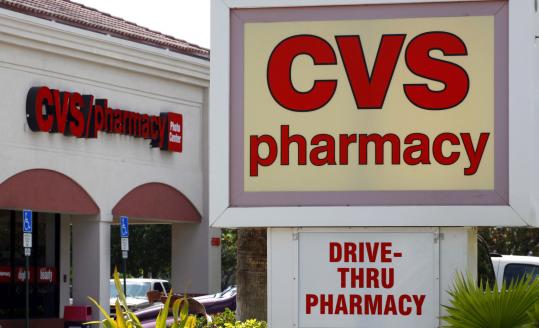 Caremark is coming under increasing pressure from consumer groups and shareholders to split up, at the same time that federal and state regulators are looking into accusations of anticompetitive behavior by the merged company.

The four-year-old merger of the drug store chain and the pharmacy benefit manager is the subject of an investigation by the Federal Trade Commission and by the attorneys general of 24 states, according to earlier disclosures by CVS Caremark.

The company says it is “cooperating fully’’ with the inquiries. “We remain confident that our business practices and service offerings are being conducted in compliance with antitrust laws,’’ said Carolyn Castel, a company spokeswoman.

But yesterday, five consumer groups wrote a letter to Jon Leibowitz, the commission’s chairman, claiming “there is strong evidence that the CVS Caremark merger has harmed consumers.’’

The groups, which called for breaking up the $27 billion merger, also accused the company of using confidential patient information from Caremark, which manages prescription benefits for health plans, to steer consumers to CVS pharmacies.

The company’s practices effectively gave the Woonsocket, R.I., company an unfair advantage over other pharmacies, reducing competition and limiting consumer choice, according to the letter, which was signed by Community Catalyst, Consumer Federation of America, Consumers Union, the National Legislative Association on Prescription Drug Prices, and US PIRG.

CVS Caremark denied accusations it had engaged in improper business practices, saying they were “false, unfounded, and misleading.’’ It defended its privacy protections, saying it maintained a firewall to ensure that Caremark and CVS did not share “certain competitively sensitive information,’’ Castel wrote in an e-mail. The company did not improperly steer patients to CVS pharmacies, she said. She also said “there are no plans to split up the company.’’

A spokeswoman for the FTC, Cecelia Prewett, confirmed the commission had received the letter, but said it could not comment on an open investigation.

Consumer groups as well as independent pharmacists, who have argued they are now at a competitive disadvantage, have been calling for regulators to review the merger.

CVS Caremark says the merger is helping its customers by reducing costs and improving health outcomes. “The innovative products we have introduced into the marketplace since the merger are gaining traction,’’ Castel said, and will “enhance shareholder value.’’

How parents can help prevent obesity.