Weighing in on the causes of obesity

‘Why We Get Fat’ author focuses on what we eat 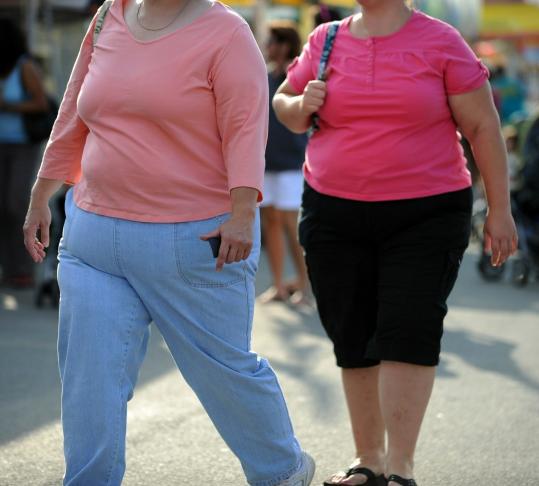 Author Gary Taubes suggests that how our metabolism is affected by what we eat may matter more than how much we eat. (Tim Sloan/AFP/Getty Images/File)
By Dennis Rosen January 10, 2011

‘Eat less, move more’’ has been the exhortation of countless physicians trying to encourage their patients to lose weight. Alas, if it were only so simple. The health benefits of not being overweight include reducing the risks of diabetes, high blood pressure, and heart disease. There are also aesthetic, social, and practical benefits to staying slim, as anyone who has recently flown on a commercial airline can confirm. And yet, more than two-thirds of adult Americans are either overweight or obese, most struggling in vain to lose weight.

This advice is based on the premise that weight gain (or loss) is all about the balance between calories in and calories out: Excess energy is stored as fat, which is then burned when extra energy is required. But, as Gary Taubes points out in this well-researched and thoughtful book, what we eat and how it affects our metabolism may matter more than how much we eat.

Describing what he calls “the 20-calorie paradox,’’ he points out that for a lean 25- year-old to gain 50 pounds by the time he is 50, all that is needed is to consume exactly 20 calories more that he burns per day, every day. This is “less than a single bite of a . . . hamburger or croissant. Less than 2 ounces of [soft drink] or the typical beer. Less than three potato chips.’’ If calories in-calories out was all there was to it, “you [would] need only to rein yourself in by this amount — undereat by 20 calories a day — to undo it.’’

Or, perhaps, to exercise more. Except that increased physical activity doesn’t always seem to result in weight loss.

Examining the effects of estrogen, cortisol, growth hormone, and especially insulin on weight gain, Taubes suggests that the way our carbohydrate-laden diet influences the secretion of and sensitivity to insulin is likely the main cause of fat production and storage.

Much of what Taubes writes makes intuitive sense. It is known, for example, that insufficient sleep is associated with being overweight and obesity, which are caused in part by changes in two hormones that govern hunger and satiety, ghrelin and leptin. Taubes writes that while we accept that children eat more when going through growth spurts (which are hormonally driven), we are quick to assume that overweight people are that way because of overeating and not that they may be overeating because they are growing (in this case out instead of up).

And this connects with one of the most important messages of the book: that while the popular perception is that fat people are somehow weak or deficient in character, they may in fact have a heightened sensitivity to the effects of our modern diet and to the resultant rapid and frequent swings in blood sugar levels and insulin that lead to increased adiposity. Some of this may be acquired, but much of it is likely genetic. And while one can try to modify diet to counterbalance genetic susceptibilities, judging a person based upon inherited traits that have nothing to do with “strength of character’’ is both unfair and unhelpful.

So should we all live on steak, eggs, and romaine lettuce, forswearing everything else? This seems extreme and even potentially dangerous, especially for children and pregnant women, among others. However, reconsidering how our diet affects our bodies, how we might modify it to be healthier, and being less harsh with those who struggle with their weight are all worthy goals. Taubes has done us a great service by bringing these issues to the table.

Dennis Rosen, a pediatric pulmonologist and sleep specialist in Boston, can be reached at dennis.rosen@childrens.harvard.edu.

WHY WE GET FAT By Gary Taubes