THIS STORY HAS BEEN FORMATTED FOR EASY PRINTING
Dr. Michelle Albert | G force

Putting the stress on stress 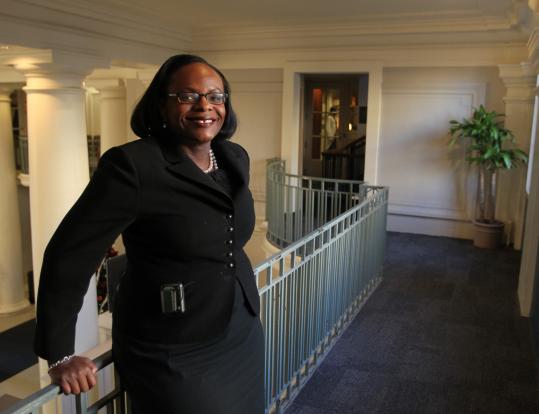 Q. Why did you choose a career in medicine?

A. My initial interest was to be an actuary. I was very advanced in math, but around the age of 14 my grandfather died of cardiac arrest. I grew up in Guyana, in South America, the second-poorest country in the Western Hemisphere. I was enjoying studying science in school and my interest in medicine developed within a social context. I realized I wanted to do science mixed with understanding the social conditions in life.

Q. When did you leave Guyana?

A. I came to the US when I was almost 15. I went to the worst high school in Brooklyn for about a year and then went off to one of the elite schools in the country, Haverford College in Pennsylvania. Haverford is a Quaker school with an honor code, and that really attracted me because they have this motto of being educated to lead.

Q. You did a cardiology fellowship at Brigham and Women’s Hospital and earned a master’s degree from the Harvard School of Public Health. Now you care for heart patients in the hospital and in office visits. What do you concentrate on in your research?

Q. What could be causing those differences?

A. People throw forth many different things, including the access to care issue, the quality of care issue, socioeconomic status, and the fact that there is a lack of minority groups and other vulnerable populations in clinical trials. But one thing always struck me. The stressors that are faced by various individuals have different effects on health due to the particular stressor. I want to look at the impact of psychological stress on cardiovascular disease and risk of heart attacks: What are those mechanisms and how might we deal with them?

Q. What do you and other researchers think might be happening?

A. It might involve the immune system, or the autonomic nervous system and its fight-or-flight response, or the hormonal system. We don’t know what actually happens in the brain when we have a heart attack or when someone walks into the office complaining of palpitations that turn out to be benign.

Q. How do biology and disparities in health care interact?

A. There are social determinants of health under which the stressors would fall. If you live in a neighborhood where you are being constantly subjected to hearing gunshots, and you’re not able to walk in a park because it’s not safe, that does have biological effects. You’re always on — you’re hypervigilant. We have dealt with insurance [coverage] for access to care. We haven’t dealt with the neighborhood.

Q. How does stress show up in risk factors for heart disease?

A. African-Americans have a heightened prevalence of hypertension, at a much younger age than other races or ethnicities.

Q. Other researchers have shown that health-care providers may not be aware of their own biases. Is that part of the picture, too?

A. As an African-American woman, I think we all have to accept it and make sure in our personal and professional lives that we move past those assumptions that can creep in.

Interview was condensed and edited. Elizabeth Cooney can be reached at ecooney@globe.com.