Scott Brown: Bostonian of the Year 2010 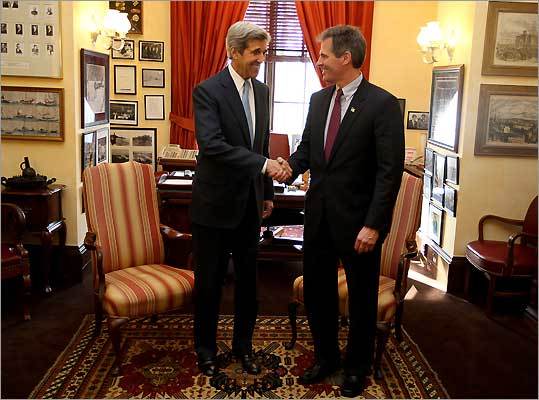 Jonathan Wiggs/Globe staff
Bostonian of the year The Life of the party: Scott Brown

The day after his election, Scott Brown met with Massachusetts' senior senator, John F. Kerry (left), in Kerry's Washington, D.C., office. Brown was hardly a Capitol renegade last year. Overall, according to tallies kept by The Washington Post, he voted with his party leadership 83 percent of the time. That put him in line with the more moderate members of the Senate, and apart from Kerry, who voted with his own party leadership 97 percent of the time.