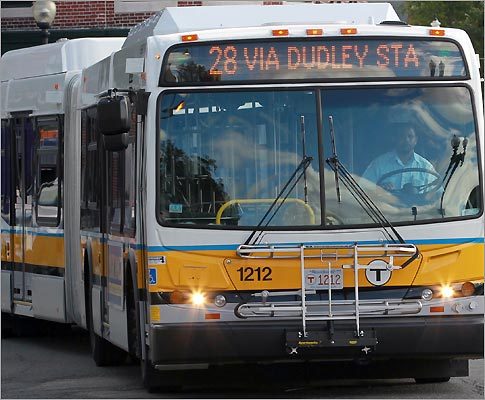 MBTA schedules in your pocket

There are hundreds of thousands of apps. Catch the Bus and Catch the T could truly change your life. The MBTA put global positioning system transponders on its buses and invited computer programmers to do something with the data. Jared Egan, Chris Bernardi, and Jing-ta Chow came up with the Catch the Bus iPhone app – their friend Serkan Ozel developed the Android version – which reliably tells users, down to the minute, how near any MBTA bus is using GPS and traffic data. It doesn’t change how long you’ll wait, but it does remove the guessworj. Now they’ve released Catch the T – but only for the iPhone – covering the Orange, Red, and Blue lines. 99 cents; http://catchthebusapp.com, http://catchthet.com