Which pie crust dough is right for you?

Everyone who bakes has a different notion of what constitutes a great pie crust: a certain method, a particular fat, a way to roll, crimp, or bake. We decided it was time to taste - not to try every technique and pie crust formula on earth, but to make enough pie crusts to discover which fat is best.

We did a blind taste test of five crusts: all butter, butter and shortening, all shortening, lard, and oil. The crust with oil was the surprise victor: Two people said it was their favorite (one by a nose over the butter/shortening combo). One said it was her second favorite (just after the butter/shortening combo). And two preferred the butter crust, though it posed philosophical questions about what is really a pie. No one favored the lard or all-shortening versions. 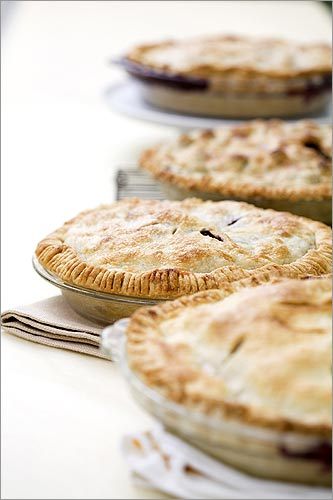