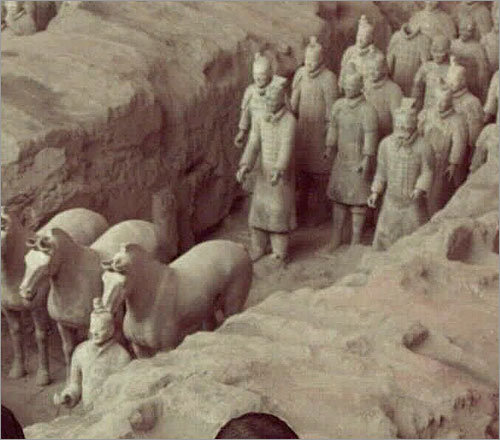 6. Who puts graveyard soldiers in their restaurant?

P.F. Chang's does. It would be macabre to put the Xian terra cotta replicas, with their association to death, in a real Chinese restaurant, but the P.F. in P.F. Chang's actually stands for founder Paul Fleming, who at one time owned Ruth's Chris steakhouse franchises in the West. His Chinese food consultant was Philip Chiang, hence... Despite its origins, Lee says she likes P.F. Chang's, though. "For what it is,'' she says, "P.F. Chang's is pretty good.''