Cookbooks used to be for cooking. Now they are for looking. 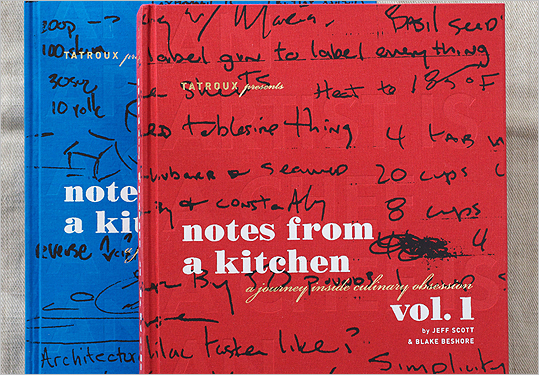 There was a time when cookbooks were for cooking. Now recipes are being moved aside to make room for lots of author personality and just about everything else: travel notes, politics, art photography, even fiction.

And as an increasing number of the recipes that do appear require rare ingredients, and tortured methodologies, “cookability’’ seems to be taking a back seat to entertainment value. Even today’s more traditional cookbooks - where practical recipes still reign - have evolved. Now they lure readers with plush covers, gorgeous photography, star-chef power, DVD inserts, and luxury prices. Computers deliver recipes, e-readers are great for text, and the new hardcover books are luscious, sensual experiences you flip through, page after physical page.

“Cookbooks are not about recipes anymore,’’ says Doe Coover, a literary agent based in Winchester, who specializes in culinary books. “Publishers have come to a realization that people don’t buy cookbooks to get recipes, because they can do that on the Internet - from Epicurious, to AllRecipes, to the various search engines. Cookbooks have become about the ‘who.’ Having a strong voice, having a story to tell, having a platform or a particular point of view is everything in a cookbook now.’’

An editor she works with agrees. “You see a split in the kind of cookbooks that are now being published,’’ says Vermont-based Rux Martin, a senior executive editor at Houghton Mifflin Harcourt who has edited, among other titles, Jacques Pepin’s new “Essential Pepin.’’ “On the one hand,’’ she says, “there are cookbooks for traditional home cooks, people who love to explore new things, and who relish aspirational cooking.’’

On the other hand, she says, are the so-called modernist (a.k.a. molecular gastronomy) cookbooks. They have garnered outsize attention, mostly from the fooderati. These books offer recipes influenced by methodologies such as sous-vide and algin spherification, or ingredients like xanthan gum and crystalline fructose. Or, as Martin puts it, “chemical concoctions that are essentially a highbrow form of fake food.’’

The key for the new cookbook may be to dazzle while still inspiring the buyer. Martin says she does enjoy cooking from David Chang and Peter Meehan’s avant-garde “Momofuku’’ cookbook. Chang is a darling of the molecular-food set. A recipe in his book for bo ssam (spicy Korean slow-roasted pork shoulder with greens, rice, and kimchi) is so functional that a story in The New York Times Magazine dubbed it “the bo ssam miracle.’’ Praise like this and social media put the dish on the tables of foodies everywhere. (On any given day, search Twitter for “bo ssam’’ and see dozens of home cooks’ results.)

Chang’s book also features plenty of technological banter, six pages on transglutaminase (sometimes called meat glue), and a recipe for glued chicken. The continued success of the “Momofuku’’ book at charming both traditionalists and food geeks has made it a model for such crossovers. Chang and Meehan have said that in 2009, major publishers initially balked at the high-design format and some of his profane content. As others now push new envelopes, “Momofuku’’ seems tastefully restrained.

For example, the new two-volume set “Notes From a Kitchen: A Journey Inside Culinary Obsession,’’ provides thousands of photos of 10 chefs (famous and not) as it delves into their various obsessions. There’s lots of fonts, tattooed forearms, and no recipes in what author Jeff Scott describes as “a reinvention of the cookbook’’ (see related story at right). The book devotes 30 pages to Matt Gaudet, former chef de cuisine of Aquitaine, who is scheduled to open a French-influenced bistro in Kendall Square in June with former Aquitaine general manager Alexis Gelburd-Kimler.

Food niches, such as butchering, bread-making, and cheese-mongering, are part of what Martin calls “an important, significant trend.’’ These books are typically heavy on how and why, and offer recipes. San Francisco’s Chronicle Books is leading the charge. The company publishes dozens of these titles, such as the best-selling “Tartine Bread,’’ which features a compressible cover that feels like bread, and advice on growing natural yeast starter, based on the Mission District’s popular Tartine Bakery & Cafe.

Chronicle’s “Whole Beast Butchery’’ combines - as they put it on their promotional materials - “DIY butchery + quality meat mania!’’ The celebrated butcher or baker who authored each of these books is widely followed in social media. The themes of getting back to basics, connecting directly with the land, and do-it-yourself food production are common. In a sort of culture war, the design, tone, and content of these workaday books seems to rebuke the modernist and molecular volumes.

Books that have stood the test of time have recipes that work and provide a platform so you understand the dish you’re about to make. Publishing executives who prefer not to be quoted note that as more cookbooks are produced to support ambitions outside the kitchen, recipe quality suffers. Editors do not have the resources to fully test recipes, and so they must trust the author (who is often also responsible for either taking the photographs or hiring the photographer). As one executive put it, “I have been told by culinary experts that lot of the recipes just don’t work.’’

But the books keep coming. It may be that few readers are making the dishes anyway. In a 2008 issue of England’s Healthy and Organic Living magazine, celebrity chef Antony Worrall Thompson recommended a hallucinogenic and potentially fatal weed called henbane as a “tasty addition’’ for a salad. The publisher rushed to contact readers - but it may have been unnecessary. There were no reports of anyone using the recipe. The weed is obscure, and, assuming someone managed to find it, has a foul odor and prickly spines. Worrall Thompson later was quoted as saying he meant to recommend the equally obscure fat hen weed, adding: “Please do pass on my apologies.’’

The expectation now is that cookbooks feature professional photos, with dishes made by food stylists, printed on glossy pages, and, especially, authors already popular and with existing platforms. The unknowns who produced our classics - Fannie Farmer, Irma Rombauer (“The Joy of Cooking’’), Julia Child, Mollie Katzen (“The Moosewood Cookbook’’) - would be out of luck today. The “Rachael Ray 30 Minute Meals’’ series are publishing shoe-ins. But will they have as long a shelf life?

For anyone hoping to publish a first book, Coover, the agent, has this advice: “The unknown, the homemaker - now she’ll need to have a really popular blog first.’’

The glamour cookbook may wind up like the glossy volume you buy at the end of a fabulous restaurant meal: on the coffee table for a while, then put away for good. Or it may achieve that true mark of quality: a long tenure in the kitchen, egg-stained and olive-oiled.

The only recipe in "Notes from a Kitchen" that is 14 pages long -- for this whiskey cocktail the Julian.
Your comment is subject to the rules of our Posting Policy
This comment may appear on your public profile. Public Profile FAQ