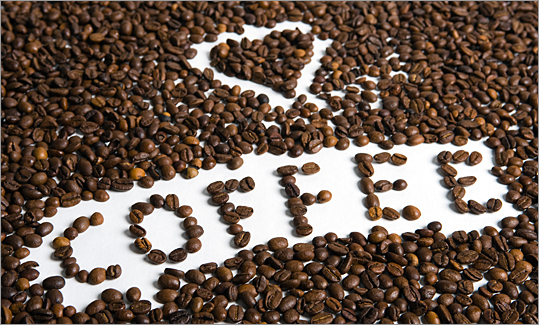 (Firma V /shutterstock.com) Foods like coffee, chocolate, and wine are in danger of being threatened by climate change, scientists say.
Afp/Relax News / October 24, 2011

October 23, 2011 —(Relaxnews) - If what climate change experts and big corporations presage is true, beloved food items like a cup of morning coffee and bar of chocolate could become a relic of the past.

That's the stark warning coming from scientists, farmers and even big food corporations like Starbucks, which last week told UK publication The Guardian that climate change poses a serious threat to the Arabica coffee bean.

According to the Union of Concerned Scientists, (UCS) climate change is threatening coffee crops in virtually every major coffee-producing region of the world, a reality that Hanna will be echoing to members of Congress this week at an event sponsored by the UCS.

Declining production has also forced supermarket coffee brands like Maxwell House and Folgers in the US to increase their prices by 25 percent or more in 2010 and 2011.

The dire warning from Starbucks about the potential coffee shortage is adding fuel to reports that the coffee giant is entering the cold-pressed juice bar business, as reported by the New York Post recently.

Meanwhile, another report released last month warns that chocolate could become a premium-priced luxury item due to the effects of climate change.

While Ghana and the Ivory Coast produce more than half of the world's cocoa supply, rising temperatures in West Africa could take a huge bite out of production and send prices soaring by 2050, said the report from the International Center for Tropical Agriculture. The study was funded by the Bill and Melinda Gates Foundation.

Consumers have also been warned that the price of peanut butter is poised to soar following a sizzling summer that produced a dismal peanut crop this year, while the US Environmental Protection Act (EPA) says that crops that are currently near ‘climate thresholds' like wine grapes in California are likely to suffer a decrease in yields and quality.