Home-cooked, luscious from claw to tail 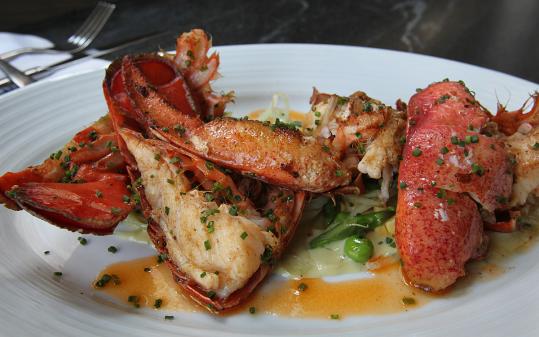 There are few experiences more emblematic of summer in New England than eating lobster in the rough, sitting at a picnic table, picking that sweet, succulent meat from the shell.

That’s one facet of lobster. Another lies at the luxurious end of the dining spectrum. Lobster is an extravagant item served elegantly at high-end establishments. Today, lobster occupies both niches. Many locals splurge on lobster occasionally and save money by preparing it at home. That prospect can be a little daunting, but it doesn’t need to be.

Lobsters were so plentiful in the Colonial era that they were fed to pigs and to indentured servants as cheap food (though that old story about laws limiting the number of times lobsters could be fed to prisoners and servants appears to be apocryphal).

But by the 1800s, a huge demand for canned lobster, spurred in part by tourists visiting Maine in large numbers, led to a “Lobster Rush’’ that nearly resulted in the collapse of the New England and Canadian stocks. As lobster grew scarce, it became a luxury food served in elaborate New York “lobster palaces’’ of the Gilded Age.

If you want to dine on lobsters at home, says Jeremy Sewall, chef and owner of Island Creek Oyster Bar and Lineage restaurants, “I think you’ve got to commit to the process. It’s a great communal dinner for friends and family.’’

Easy for him to say, perhaps, as a chef and the cousin of a lobsterman who supplies both restaurants with plentiful Maine crustaceans. But a simple steamed lobster is just that, and steaming may be the best way to go for lobster novices.

Overcooked lobsters become first tough, then mushy, so take care to avoid leaving them too long in the pot.

Even as troublesome as it can be to make lobster at home — steamed or baked and stuffed in the classic New England way — lots of folks are willing to take the time.

“Lobsters are a great seller,’’ says Kim Marden, owner of Captain Marden’s Seafood in Wellesley. “We’re always going to sell a lot of lobsters, because we’re in the best area of the country for lobsters.’’