THIS STORY HAS BEEN FORMATTED FOR EASY PRINTING
Food Issue 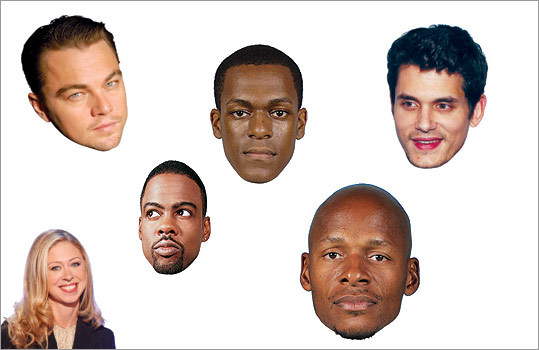 Not far from the Garden, Rowes Wharf Sea Grille regularly draws hungry basketball stars, according to chef Daniel Bruce. Its Beef Tenderloin Burger is popular with several players, he says, especially point guard Rajon Rondo and shooting guard Ray Allen. The beef is ground in-house, and the buttermilk roll, made in the restaurant, is griddled before it is served with balsamic mayo, lettuce, tomatoes, and bread-and-butter pickles.

What used to be known as the Schlesinger at Boston’s Parish Cafe, a sandwich created by Chris Schlesinger of the East Coast Grill in Cambridge, has been replaced with a new Schlesinger – which probably won’t make singer-songwriter John Mayer happy. Last spring on his blog, Mayer called the old Schlesinger, an open-faced sandwich of melted Monterey Jack cheese and smoked ham on banana-nut bread, served with pickled ginger, cabbage, and mango chutney, “the best sandwich in the world.” It is no longer on the menu, though it does show up as a special from time to time. Schlesinger, who contributed the recipe when the restaurant opened in 1992, has come up with a new eponymous sandwich: sirloin, pastrami, pate, and feta.

The Atlantic Fish Company’s Soft Shell Crab BLT is available from late May through the end of July, when the crabs are in season. Executive Chef Danny Levesque says it’s a favorite of comedian Chris Rock. “Chris seems to always be around when the soft shells are around. He’ll call ahead and say, ‘Hey, I’m coming in. Make sure you have softies for me.’ ” The sandwich at this Back Bay restaurant is made with fried jumbo soft-shell blue crab, smoked bacon, avocado, tomato, and Old Bay aioli, and served on a poppy seed roll with a side of sweet potato fries. Everybody loves it.

A titan of taste

When Leonardo DiCaprio’s in town, he likes the Lobster Roll at the Union Oyster House, according to staffer Jeanine Burkhart. As you’d expect at the country’s oldest restaurant, “it’s made the traditional way,” she says, “with nice chunks of lobster meat and celery, mayonnaise, lemon juice, salt, and pepper.”

Plenty of boldface names appear on the menu at Mr. Bartley’s Gourmet Burgers – many sandwiches at the Harvard Square institution are named for celebrities –but the Clinton family is especially well represented. Former first daughter Chelsea Clinton’s name has actually graced two different menu items. “When she first came in, there was a sandwich with her name on it,” says Bill Bartley, “but it had turkey in it, and she said she was a vegetarian, so now she’s a vegetarian wrap.” Her namesake comes with hummus, red onion, grilled red peppers, lettuce, tomato, and garlic mayo. So, what do the polls say? “It does well.”