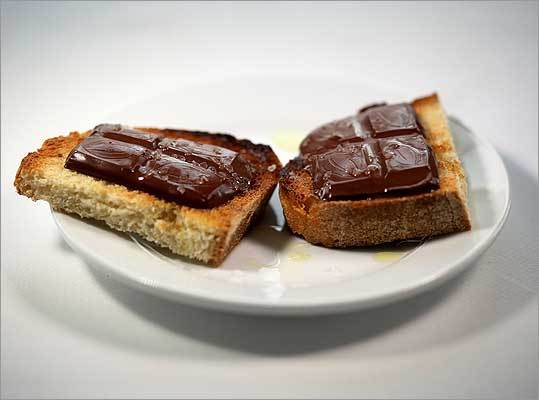 This delightful snack begins with toasted bread, on which you place dark chocolate, which bakes for just a minute until the chocolate starts to melt. Finish with a drizzle of olive oil and sea salt. The recipe here was developed by Barcelona chocolatier Enric Rovira, but there are many versions all over Spain. Use the best bread, best chocolate, best olive oil, and best sea salt you can find.

1. Set the oven at 350 degrees. Arrange the bread on a baking sheet. Toast it right on the oven rack for 8 minutes or until it is brown on both sides. Cut the slices in half.

2. Cut the chocolate into squares. Divide them among the pieces of bread, leaving 1/2 inch around the rim. Return the bread slices to the oven for 1 to 2 minutes or until the chocolate starts to melt; it will look glossy.

3. Remove from the oven and without spreading the chocolate, sprinkle it with a couple drops of olive oil and salt. 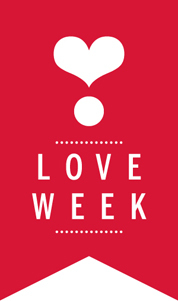