Sweet or non-sweet, in a baking pan or skillet, its versatility is a virtue 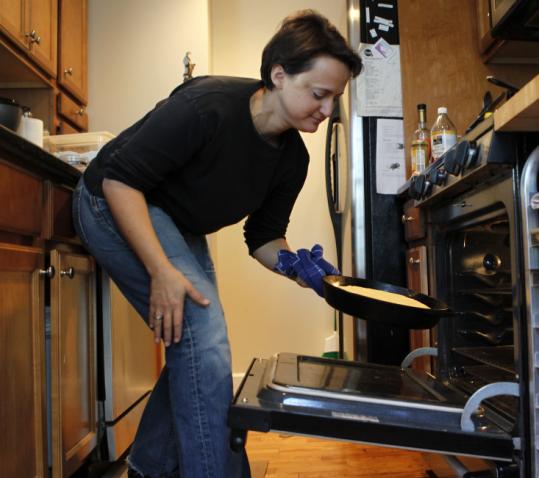 At a Super Bowl spread, corn bread might accompany ribs, wings, or other smoky or hot foods. Later in the week, it might go with bowls of fish chowder. Somehow, a wedge or square of corn bread is more appealing than a roll or crusty bread. When you serve corn bread, it looks like you went to some effort. The batter is easy enough to make at home, but you can buy very good corn bread mixes, too.

Boston figures prominently in the debate about how corn bread should be made. In 1634, landowner Israel Stoughton built the first corn mill on the Neponset River in Milton, which was used by Pilgrims from the Plymouth Bay Colony and the Puritans of the Massachusetts Bay Colony. Among several corn bread recipes listed in “The White House Cook Book’’ (1887) is one for “Boston Corn Bread,’’ which calls for lots of molasses. The sweet corn bread featured at Durgin-Park restaurant enjoys mass appeal.

For some chefs, the debate over sweet vs. unsweetened corn bread is serious business. “We had both kinds,’’ says Renee McLeod, owner of Tupelo, a Southern food restaurant in Cambridge. Her mother’s family is from Rhode Island, while her father’s came from Alabama. To Southerners, McLeod says, “Sugar was seen as a corruption.’’

McLeod, who also owns Petsi Pies, bakeries with locations in Somerville and Cambridge, prefers non-sweet corn bread. “It just seems right,’’ she says. When she started Petsi in 2003, McLeod made non-sweet corn bread and soon learned that customers preferred a sweet one. She developed one six months later. “I had to give people what they wanted,’’ she says.

But corn bread doesn’t have to be pigeonholed into a North-South argument. One of corn bread’s many appeals is its versatility. You can add anything to the batter, says Julia Shanks, a food consultant in Cambridge. “It’s easy to improvise,’’ she says. Shanks adds fresh corn kernels in season, as well as scallions, bacon, or jalapenos as is done in New Orleans.

She makes her recipe combining formulas from “Princess Pamela’s Soul Food Cookbook,’’ and a recipe from the Blue Moon Cafe, the Montgomery, Ala., restaurant where her mother had her engagement party. Despite the conventional wisdom, almost all the recipes from Shanks’s impressive stable of Southern cookbooks call for some sugar.

Barry Maiden, chef and co-owner of Hungry Mother, a Southern eatery near Kendall Square, prefers the non-sweet version. “It’s in his blood. He grew up on it,’’ says John Kessen, Maiden’s business partner.

Maiden and Shanks both use skillets for the batter. Maiden has one with pre-formed wedges, another with small corn-on-the-cob forms. His cornbread crunches like a hushpuppy — another cornmeal batter delicacy — and comes with creamy sorghum butter.

“Baking it in the skillet gives it its special crust,’’ Shanks says. To achieve that, you have to oil or butter the pan and place it in a hot oven until it sizzles. Carefully add the batter, and return it to the oven.

That’s not to say you can’t have good corn bread from a sheet pan, which is what Tupelo executive chef Rembs Layman uses. “I like sweet corn bread. If it’s not sweet, then I like it spicy,’’ says Layman, whose mother is from New Orleans. The chef might break up corn bread into large croutons, smother them in the Memphis dry rub he uses on his barbecue, and deep fry them.

The sweet or non-sweet corn bread debate won’t ever be settled, but to some corn bread connoisseurs, that hardly matters. “That’s the beauty of it,’’ says Shanks. “You can serve it with beef, or serve it as cake.’’

Omar Sacirbey can be reached at osacirbey@hotmail.com.