Good for business, good for you 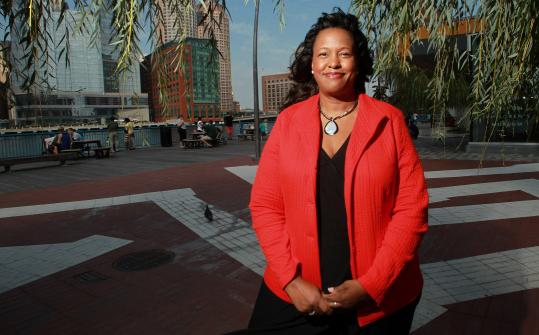 Q. Saturday sees the premiere of the Boston Local Food Festival, presented by the Sustainable Business Network of Greater Boston. Tell us a little about what we’re celebrating.

A. It’s really a showcase of the local food system in the Greater Boston and New England area. It’s the first of its kind in Massachusetts, and the first we believe in the nation that has a lot of the criteria we have in place: that is primarily focused on local food and independent local business, and is zero waste. We’re really excited about it. We sold out of booths.

Q. Will people get to sample local food?

A. We have about 110 vendors and exhibitors. There are restaurants and street food — M&M Ribs, Sportello, Singh’s Roti. All the food that’s served will be $5 or less. One of our goals is to show that local food can be accessible, affordable, and attainable. We want to show the diversity that reflects our city and state.

Q. What kind of demonstrations will be featured?

A. People will show how to break down a goat and how to make mozzarella. Chef Matt Jennings is going to break down a local Berkshire hog, and Big Moe [of M&M] will be cooking the meat. There will be a sustainable seafood area. We’ll have a seafood throwdown, where chefs will have to make a dish using ingredients from vendors.

Q. Will local farms have a presence?

A. We have a number of farms — Enterprise, Blue Heron. Four Star Farms will be showing that we have local grain in Massachusetts. We’ll be highlighting the diversity of what is available locally. A variety of local cheese farms will be featured, as well as specialty foods companies that manufacture locally: Taza Chocolate, Maria and Ricardo’s Tortilla Factory, Batch Ice Cream. We’re also having a crop share. We’re encouraging people to bring vegetables or fruit harvested from their own gardens. [The nonprofit] South Boston Grows will be collecting them, and they will be redistributed to people in need.

Q. Why local food, why now?

A. You would think we wouldn’t need to have a festival to promote local food, but there are some pretty alarming statistics — we consume about 5 percent of the food grown locally. Back in the day, most of it was consumed locally. There’s a need for a festival to promote and highlight the benefits of eating local food. It promotes a stronger local economy and a healthier community. Sourcing locally, you get healthier food and fewer additives. You’re eating real food.

Q. What do you hope the festival will accomplish?

A. We want to make connections between people. Nella Pasta is a startup in J.P. When they connected with Four Star Farms, they were able to get local grain. Singh’s Roti sources Scotch bonnet peppers and local vegetables from the Food Project. Big Moe, who does a lot of ribs, all his meat for the festival is sourced locally. We’re really having people think about the value and the benefits and the relationships. The festival’s just one day, but our goal is to have the connections last beyond that.