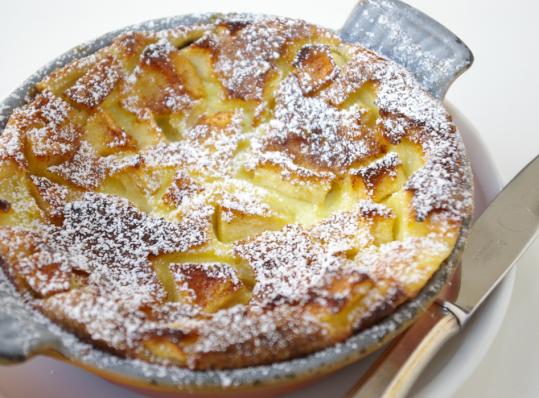 Not every apple works well once you heat it. Some turn to mush. If you’re making applesauce, you want the flesh to fall apart. If you’re baking, you want an apple that will withstand heat.

BALDWIN is a hard, red apple that is centuries old. It’s primarily for baking.

CORTLAND, red tinged with green, is the darling of bakers, who prize it because it’s firm, flavorful, keeps its shape, and doesn’t turn brown when peeled.

GOLDEN DELICIOUS, a soft green apple, used to be the go-to baking apple, but few bakers use them now. Local varieties are marginally more flavorful than those grown in other states.

GRAVENSTEIN, one of the earliest apples, is a fine baker, if you’re in the mood for apple pies in August.

MUTSU, also known as Crispin, is generally a giant of a green apple that comes late in the season. This year they’ll come in much smaller than usual.

NORTHERN SPY, red with a green “cheek,’’ is an old-fashioned baking apple that holds up well in pies.

OPALESCENT is a 19th-century red apple that is successful in baked goods, but not great to eat out of hand.

RHODE ISLAND GREENING, an heirloom variety, is hard and tart. Bake with it, but it’s not satisfying as a snack.

ROME BEAUTY is all red, not that tasty as a snack, but wonderful for baking.

SPIGOLD is a cross between Northern Spy and Golden Delicious and a favorite of some.