Where the chicken and the egg came first 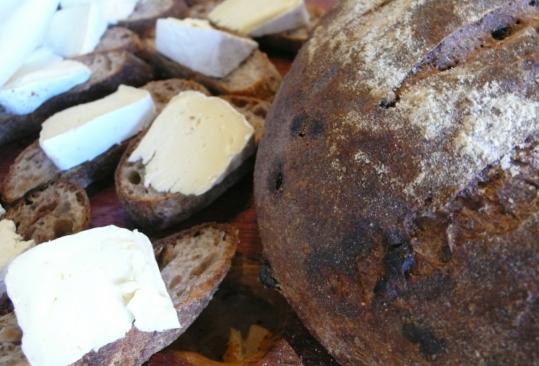 PETALUMA, Calif. — This Sonoma County town has done a lot right. In its heyday, it was known for its grain mills, dairies, racehorse stables, potato farms, and fruit orchards. That commercial activity and the population both waned in the late 1800s. Then the residents decided to raise chickens.

One hour north of San Francisco, Petaluma became a poultry capital. The other industry is eggs. When the town was faltering, its leaders tried to think of a crop that would keep people in the region. Hardly anyone thought of chickens because they had all the poultry and eggs they needed. You might say that the idea was too obvious to take seriously.

A Canadian named Lyman Byce showed up in 1878 and decided that San Francisco restaurants needed more chickens and eggs than they could find. Some were “importing’’ them from the East Coast in un-iced barrels.

Annual events include Butter & Egg Days, complete with a Butter & Egg Queen, and the Salute to “American Graffiti,’’ a film shot in town (others were “Peggy Sue Got Married,’’ “Inventing the Abbotts,’’ “Pleasantville,’’ and “Mumford’’).

Cowgirl Creamery, which began in Point Reyes Station and has stores in San Francisco and Washington, D.C., now offers tours at its Petaluma creamery, which include a cheesemaking demonstration, tasting, and a sampler bag of its North Coast cheeses.

For reasonable prix fixe lunches, head to Risibisi for minestrone or salad and fresh local fish, organic chicken, or risotto or pasta. Or order Bay shrimp salad, or one of 11 pastas. Dinner may include Petaluma duck breast, beer stewed chicken, or Sonoma rack of lamb.

Another local favorite in the same block is Cucina Paradiso, with a wide range of Italian specialties from grilled calamari and carpaccio antipasti to veal-filled tortellini and Gorgonzola gnocchi. You can dine on wood-fired fish such as stuffed rainbow trout at Central Market, or ricotta-stuffed chicken breast, quail with chorizo, or spicy lamb cabbage rolls.

For well-priced Mexican specialties, Taqueria Mi Pueblo El Centro is a downtown branch of a family of Mexican restaurants serving tacos filled with fish, tongue, beef cheeks, chicken, and beef; loads of shrimp and crab dishes; and soups such as menudo and siete mares (seven seas).

Old Petaluma ranchers and their families take the large tables at Volpi’s Ristorante & Bar and order family style. Calamari with polenta and vegetables is outstanding. True fans go for tripe and polenta. The Old World Bar in the back still sports its original speakeasy escape door from Prohibition.