THIS STORY HAS BEEN FORMATTED FOR EASY PRINTING
Eat smart

Chefs take a challenge to change their diets and lose weight 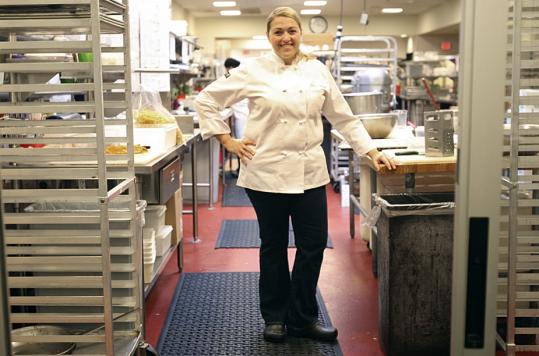 You know that resolution to lose 10 pounds? Imagine trying to keep it while surrounded by great food, chopping, frying, baking, steaming, and tasting.

And imagine it’s not just 10 pounds.

Four local chefs bit into that challenge, and over the last year they’ve dropped and kept off between 46 and 100 pounds - without changing jobs.

Michael Scelfo, 35, of Temple Bar in Cambridge started his diet as a bet with Peter Fiumara, his former boss at Good Life. Scelfo won: “I sprinted out of the gate and he was still standing at the starting line with an ice-cream cone in his hand.’’ Scelfo dropped 80 pounds - so much that his colleagues started to complain he looked skeletal.

“It became a way of life. The more I lost the more committed I got,’’ he says. He’s at 220 now and aiming to get to 210, the weight at which he feels healthiest.

At their most successful, good diets feed off themselves. Jeremy Sewall, 38, the chef at Eastern Standard in Kenmore Square and chef-owner of Lineage in Brookline, got so caught up that for a time he was exercising twice a day, before and after long shifts. He’s lost 46 pounds.

Scelfo admits that at one point he was almost starving himself, dropping five or six pounds a week, but after his father had a heart attack he adapted to a modified Mediterranean diet and slowed the weight loss to a healthy pound or two every seven days. “It was just tasting really good, using really fat-free ingredients,’’ like faro, brown rice, vegetables, and fresh fruits, Scelfo says. “Extra-virgin olive oil was the only fat I would allow myself to have.’’

Phyllis Kaplowitz, executive chef at Bakers Best in Newton Highlands, took an early shortcut on her way to losing nearly 100 pounds: a bariatric bypass. But surgery, she says, “is just a tool.’’

“You have to change your lifestyle drastically and change your diet,’’ says Kaplowitz, 40. “You’re with your best friend and your worst enemy every day of your life if you have a passion for food, as most chefs do. You have to think about becoming more healthy so you can be a better chef. You have to make some changes.’’

Some of those changes have made their way onto their menus. Kaplowitz experiments with healthier cooking oils, substitutes agave syrup for honey, and has worked with tempeh and tofu to satisfy her vegetarian clients.

Scelfo’s new way of eating led to more vegetarian and vegan dishes at his restaurant, and Lineage’s chef de cuisine, 27-year-old Anthony Marco, says that since losing 100 pounds, “When I go to make a sauce, I ask, ‘Do I need to use that butter? What can I do to make it healthier?’ ’’

Most of the chefs’ dietary advice is about what you’d hear from any professional. Eat breakfast. Exercise. Set reasonable goals. Cut down on sugars, processed foods, and unhealthy fats such as butter or lard. Snack on fruits and vegetables. Stock up on yogurt (“taking in calcium helps burn fat,’’ says Kaplowitz). And eat in moderation. Have a bite, not a handful; lick the back of the spoon, rather than slurp up a ladle.

“It’s like quitting smoking, the same thing happens with food, you just reach for it,’’ says Scelfo. “I walk past a sheet pan of gnocchi and you grab them like popcorn. But they’re not the answer if you’re trying to lose weight.’’

Sewall was inspired by Marco, who began his diet after his two older brothers were diagnosed with Type 2 diabetes. “Watching [Marco] take really small tastes while we’re cooking - that was how I learned the behavior, by watching him,’’ says Sewall. “To not snack, that’s really what it is.’’

But not snacking doesn’t mean torturing yourself. Marco and his wife still have “cheat days’’ with pizza and ice cream.