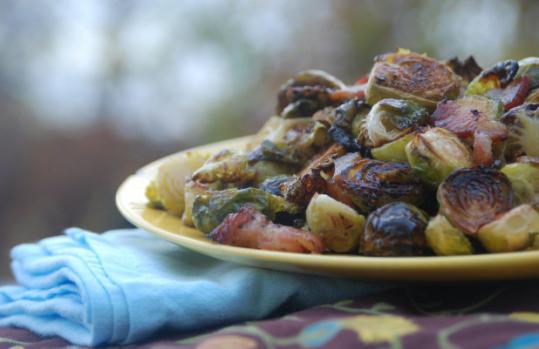 A little sweetness brings out the best in roasted Brussels sprouts. Cook them with bacon and maple syrup until the sprouts are tender and the bacon has rendered its fat and turns crisp and golden. It’s true, everything’s better with bacon.

1. Set oven at 400 degrees. Have on hand a large rimmed baking sheet.

2. In a bowl, toss the Brussels sprouts with olive oil, maple syrup, bacon, salt, and pepper. Spread the mixture in a single layer on the baking sheet.

3. Roast for 25 to 30 minutes, turning several times, or until the Brussels sprouts are tender and caramelized and the bacon is crisp and golden. Catherine Smart