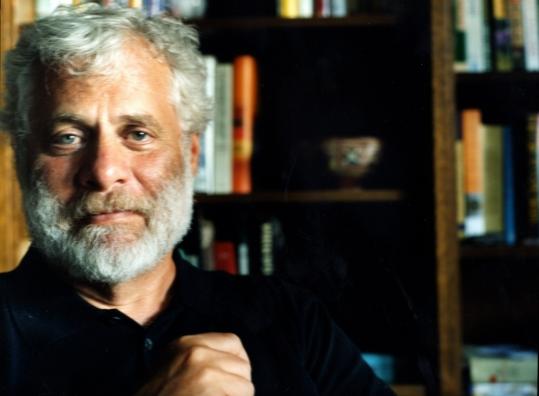 ''People are always asking me what my favorite food is. I say, 'Food that tells me where I am,''' says author and historian Mark Kurlansky. (Sylvia Plachy)
By Devra First Globe Staff / April 29, 2009

Mark Kurlansky is the author of books such as "Cod: A Biography of the Fish That Changed the World" and "Salt: A World History." His new volume, "The Food of a Younger Land," collects the writings of others who have examined the edible. During the Great Depression, the Federal Writers Project employed out-of-work writers as part of the Works Progress Administration. Kurlansky unearthed the work done on a project about America's traditional foods, later abandoned. "The Food of a Younger Land" includes essays by the likes of Eudora Welty, Nelson Algren, and Zora Neale Hurston, as well as relative unknowns. We spoke with him about the book and how food in America has changed.

A. Like opening a time capsule. The manuscripts were on onionskin. Things had been typed out. They didn't have photocopy machines. And a lot of the correspondence is there, which is pretty interesting. There were all of these panicky letters after Pearl Harbor: "Everybody get your copy in."

Q. Did you have any favorite selections?

A. I really like the poem "Nebraskans Eat the Wieners." I like the food controversies. In the South there was a lot of controversy about the correct way to make a mint julep. I grew up in New England, and there was all the old stuff about the different clam chowders and what's wrong with things from New York.

Q. Did you get any new perspective on that?

A. There are terrible chowder recipes from Long Island. You see that a lot of food we think of as New England food in those days was also thought of as Long Island food, but no self-respecting New Englander would eat Long Island anything. I spend my summers in Gloucester, while most people around here [New York] are in Long Island, the Hamptons. I think they're making a big mistake.

Q. What sort of picture do the documents paint of American food in the '30s and '40s?

A. It left me with a sense that we lost a lot when highways got built. You can't stop along highways. It's difficult when you travel around America to get local food; it used to be very easy. You went from town to town and were more in touch with things. People are always asking me what my favorite food is. I say, "Food that tells me where I am." There are places in America where you can't do that, where there's no place that tells you where you are.

Q. There are some striking similarities between that time and the present. Did you realize how timely this would be?

A. I had no idea. The WPA was a huge stimulus package, though in dollar terms it was pretty small compared to today's. Even the intro, which looks like it was aimed at today, I wrote that several years ago. I was amazed when I reread it that I had used the phrase "economic stimulus."

Q. So, did you try the recipe for Montana fried beaver tail?

A. Well, you know, you have to be quick.