Why we have them and what they mean 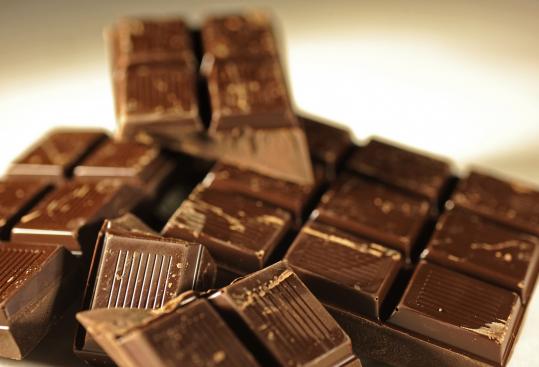 Cravings are universal, so much so that bakeries across the land name themselves after these feelings of unbidden food lust. It's a shorthand we all understand: the desire - no, need - for something gooey and sweet or salty and crunchy. According to Marcia Pelchat, a sensory psychologist at Monell Chemical Senses Center in Philadelphia who studies food cravings, 90 to 100 percent of women aged 18-35 report having them, as do 67 percent of men in the same age bracket.

But what actually happens to us when, out of nowhere, we are seized by a longing to bite into a piece of chocolate or get up close and personal with a bag of chips?

"The underlying causes of cravings are still pretty poorly understood," says Cheryl Gilhooly, senior research dietitian at the Jean Mayer USDA Human Nutrition Research Center on Aging at Tufts University. The explanation appears to be a complex web of biology and emotion. One thing, however, is certain: "In our research, we've looked at characteristics of foods craved, and it has to do with calories. A combination of fat and carbohydrates is the defining characteristic."

The evolutionary advantages of craving high-calorie, energy-dense foods are clear, if no longer quite as beneficial in the age of obesity. "Physiologically, we're hardwired to want to eat fat because if our ancestors ate a lot of fat, they were more likely not to starve," says Brian Wansink, an expert in food psychology and consumer behavior and the author of "Mindless Eating: Why We Eat More Than We Think." "Psychologically people often have cravings for food in response to a lack of equilibrium, whether they have the flu or things aren't going well at work. It's an effort to compensate for something missing."

Pelchat has conducted imaging studies of the brain during food cravings. Cravings, she says, activate the caudate nucleus, one of the parts of the brain involved in habit formation; it's also activated during drug cravings. A cocaine user who has physiologically kicked the habit might find himself craving cocaine in a situation he associates with the drug. Cravings work pretty much the same way for a doughnut user.

"If you go by a doughnut store on the way home, it can trigger a habitual response," Pelchat says. "If you've gone in before, just seeing it may cause you to cross the street and go in again. But it can also make you think of doughnuts, and another part of the brain involved in food cravings is the circuit that's involved in obsessing." That comes as no surprise to anyone who's experienced a food craving.

Although the world seems to be divided into two camps - those who crave sweets and those who crave salt - there's little scientific evidence of this. It is true, however, that women are more inclined to crave sweets than men; men, on the other hand, tend to crave not potato chips but entrees: pizza, burgers, pasta, or even soup. Some have theorized that this is connected to the long-ago roles of men as hunters and women as gatherers. An attraction to meat would be useful for the former, berries and the like for the latter. It's more likely, however, that it has to do with food's emotional resonance.

Of course, meat is considered manly in our culture, while sweets are thought of as more feminine. Wansink finds people are also drawn to a food because they identify with it personally: "We've found there's a fairly high relationship between how people describe favored foods and how they describe themselves." There's got to be more to chocolate than that it's easy to get out of its wrapper and into our mouths. Why is it so frequently craved?

"Chocolate is perfect," Pelchat says. "It's got fat, it's got sugar, it's got stimulants. And it has these wonderful sensory qualities." In other words, it's simply an extremely palatable high-calorie food, one many people have positive associations with.

Some have theorized that we crave chocolate because it contains high levels of phenylethylamine, a chemical released when we're in love. Not likely, says Pelchat. "People say eating chocolate might be self-medicating, because you feel crummy or premenstrual. But it turns out a salami sandwich has more phenylethylamine than a large serving of chocolate." You don't often hear someone say, "I need salami!" (Or salted black licorice, a craving frequently reported by women in Europe, where that candy is popular.)

Then there's the theory that we crave what we need nutritionally - "the wisdom of the body," as Pelchat calls it. In other words, if we find ourselves craving french fries, we must need sodium. We should eat those fries!

Alas, Pelchat says, wisdom of the body is a myth, unless you're a rat. "When rats are salt deprived, they show a sodium appetite; they seem to be able to detect amino acids when they're protein deprived. But there's actually very little evidence for that in people. A lot of people in our society crave salty foods, but very few are actually salt deficient." Put those french fries down.

That can be hard to do. Once we begin obsessing, a food craving is hard to shake. What's important to understand, Gilhooly says, is that these cravings are normal. She coauthored a study on the connections between craving and obesity, published last year in the International Journal of Obesity, in which calories were restricted for a group of overweight women. (The trial was called Comprehensive Assessment of the Long-term Effects of Restricting Intake of Energy, or CALERIE.) At the beginning of the trial, 91 percent of the subjects reported experiencing food cravings. After six months of dieting, 94 percent said they'd had cravings. But, Gilhooly says, "people who gave in less were more successful with weight loss." Instead of feeling guilty about cravings, she says it may be more useful to acknowledge them and teach ourselves to manage them by resisting more frequently and controlling portion size.

And as sticky as cravings are, we may be able to rewire ourselves to crave healthier foods. In a study Pelchat worked on in which subjects consumed a diet of the nutrition drink Sustacal for a week, several reported craving it later. "We were all surprised by that," she says. "They could have formed a lot of different associations drinking it. There was a little bit of habit strength there."

In a study on comfort food, Wansink found one out of eight Chinese graduate students considered cookies a comfort food, even though they didn't grow up eating them in their home country. Why? In the United States, Wansink suggests, a student might be exposed to cookies at receptions, study breaks, and birthday parties: happy, fun events. A positive association develops. If we eat strawberries instead of hot fudge to reward or console ourselves, we can learn to crave them.

"If you get in the habit of eating something good for you, you can strengthen the probability you're going to want to eat that food," Pelchat says. "It does happen that when people go on diets and get used to eating fish, if they haven't had it for a while they crave it. I don't think old cravings ever totally go away, unfortunately, but if you change your habits the probability you'll be exposed to cues that trigger them does go down."

Scientists aren't the only ones exploring these issues. Philosophers and religious thinkers have been pondering them for centuries, according to William B. Irvine, author of "On Desire: Why We Want What We Want" and the upcoming "A Guide to the Good Life," about the Stoics.

"Buddhists said your life on earth is going to be hellish unless you master desires," he says. "Philosopher Musonius Rufus said it's really important we get control over our food cravings because it's a craving we have to deal with three times a day. Most people think of eating as a source of pleasure. As with most pleasures it has a dark side, it can capture us - that's what the Stoics and the Cynics would say." Surprisingly, it may be the Epicureans who offer the best dieting advice. "Everyone thinks they partied hard, but they didn't," Irvine says. In fact, Epicurus wrote, "It is not continuous drinkings and revellings, nor the satisfaction of lusts, nor the enjoyment of fish and other luxuries of the wealthy table, which produce a pleasant life, but sober reasoning, searching out the motives for all choice and avoidance."

That sounds a lot like the findings of the CALERIE study.

Thanks for Dishing with us
This blog is currently dormant. We enjoyed serving up recipes, news, and thoughts on food in this space. Thank you for reading....
More in Dishing
Your comment is subject to the rules of our Posting Policy
This comment may appear on your public profile. Public Profile FAQ