St. James Palace announced Catherine, Duchess of Cambridge, and her husband, Prince William, were expecting their first child in December. While we placed our bets on the royal baby’s name and readied ourselves to oogle over the next nine months of novelty tot-themed swag, we really braced ourselves to see what Catherine the Great would pull off for a maternity wardrobe.

The former Kate Middleton didn’t disappoint. The duchess is due in July and while her public appearances over these past few months were less frequent than we had hoped, she did give us a good grasp on her pregnancy style.

Here are our nine favorite looks, starting with this ever-so-chic MaxMara wrap dress worn by the barely-showing mom-to-be to London’s Hope House in February. 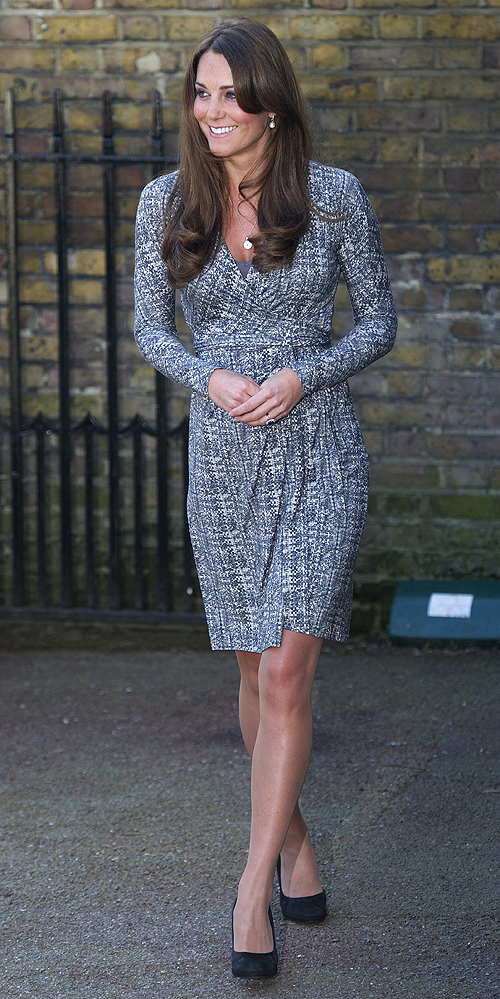 This was a surprising look for the duchess. The print has the potential to feel very Cruella de Vil, but for one of her last public appearances, Catherine pulled it off quite well due to the coat’s simple, classic, modest shape. It felt very: “I’M PREGNANT AND I WILL WEAR WHAT I WANT.” And I liked it. 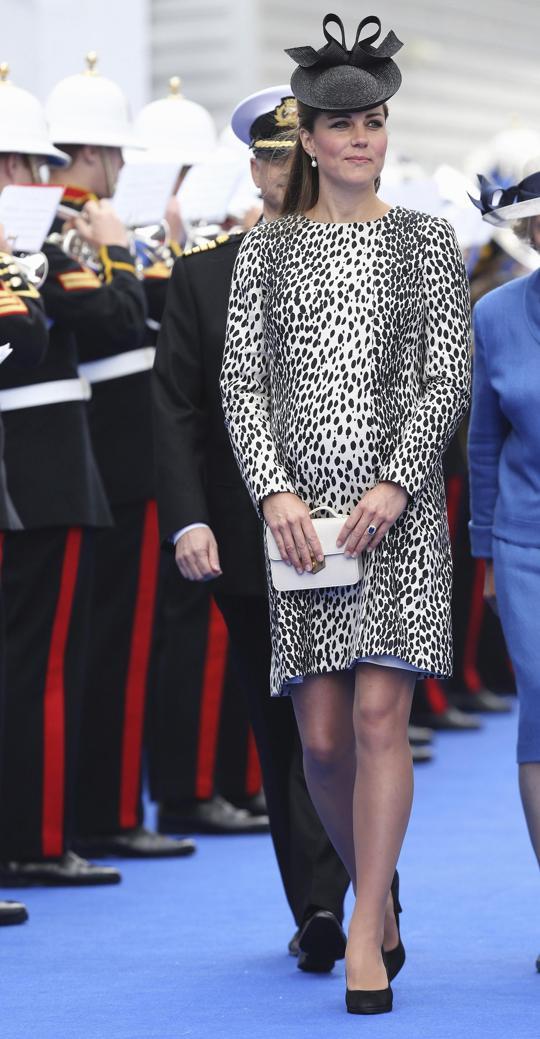 Who says polka dots can’t be prim and proper? Being pregnant is an excellent time to embrace that whimsical/quirky/playful side of your style you never knew you had. Blame it on the child growing inside of you. See if anyone objects to that. 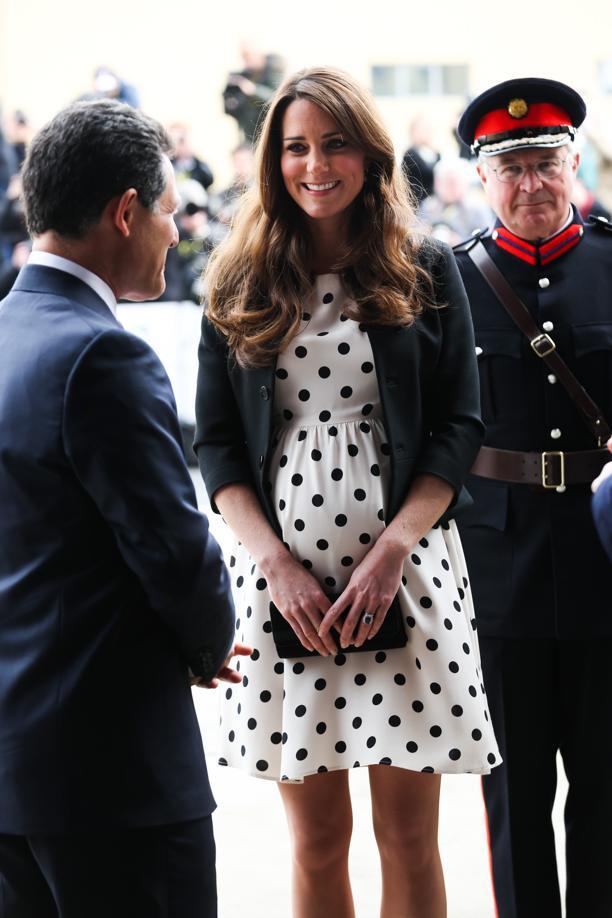 If all else fails, follow the rule of effortlessly chic women everywhere with tonal dress — dressing in multiple shades of the same color. Peach, salmon, nude. Nice. 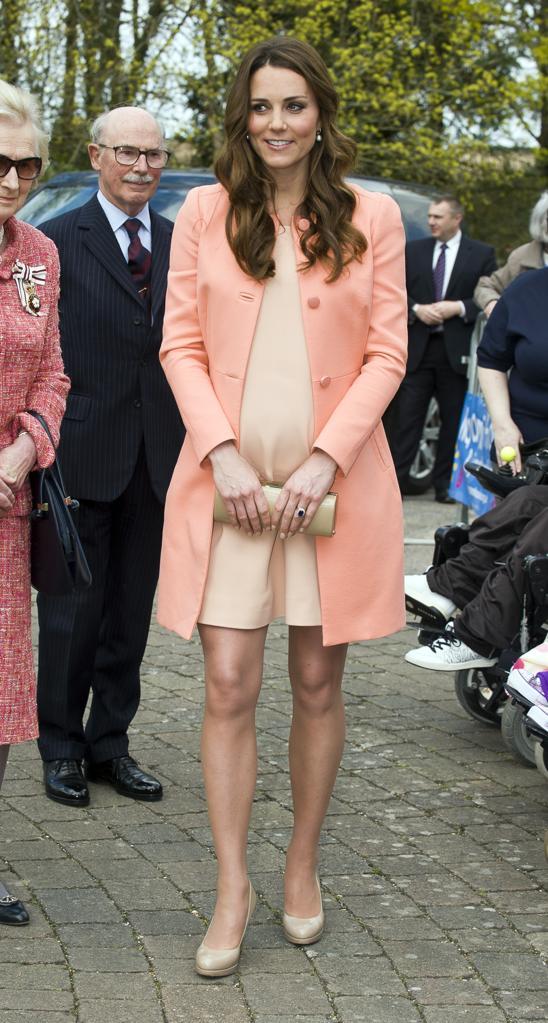 This might be a no-brainer but the empire waist is a pregnant woman’s best friend. This dress was a custom piece by the London-based designer was the perfect shade and shape for the just-starting-to-show duchess last April. 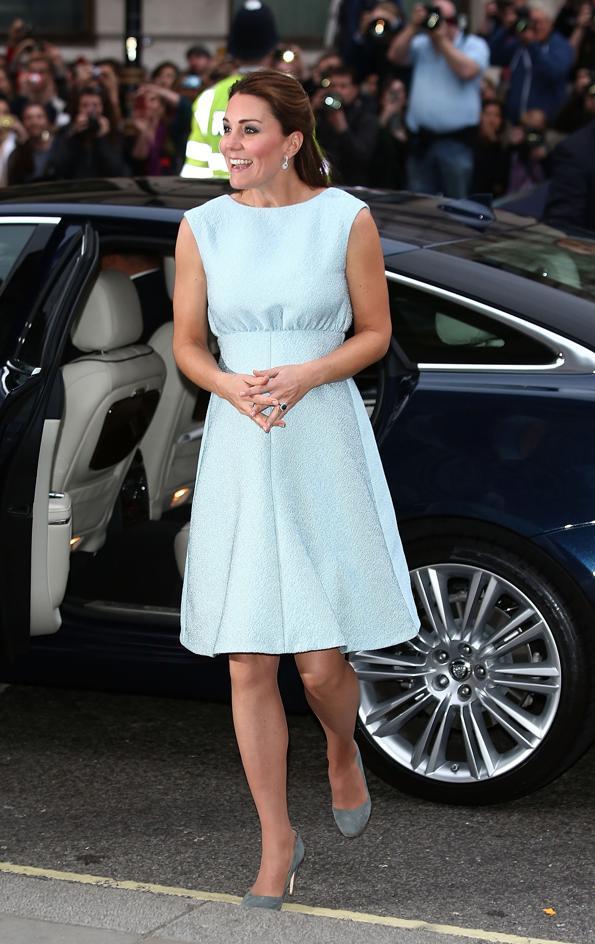 When it comes to slimming prints, vertical ones are your best bet. Catherine’s casual Erdem dress worn during a visit to the Willows Primary School in April was flattering, fun, and most importantly, it appeared to be comfortable. 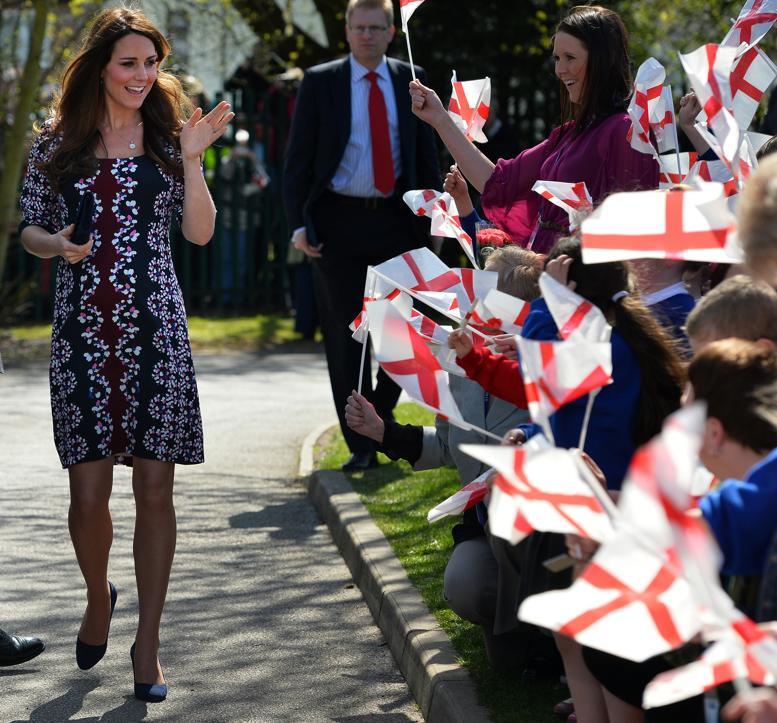 This was by far my favorite of all Catherine’s maternity looks. The duchess wore lots of great outerwear options throughout her pregnancy but this was by far the most fashion statement making. Novelty buttons, mint chocolate chip boucle, and ¾-length sleeves? I’m pregnant, I’m almost a princess — why not? Catherine wore this sweet tailored tartan overcoat with a kicky hem that concealed her bump and allowed her to partake in a game of pickup during a visit to a sports demonstration at Glasgow’s Emirates Arena. 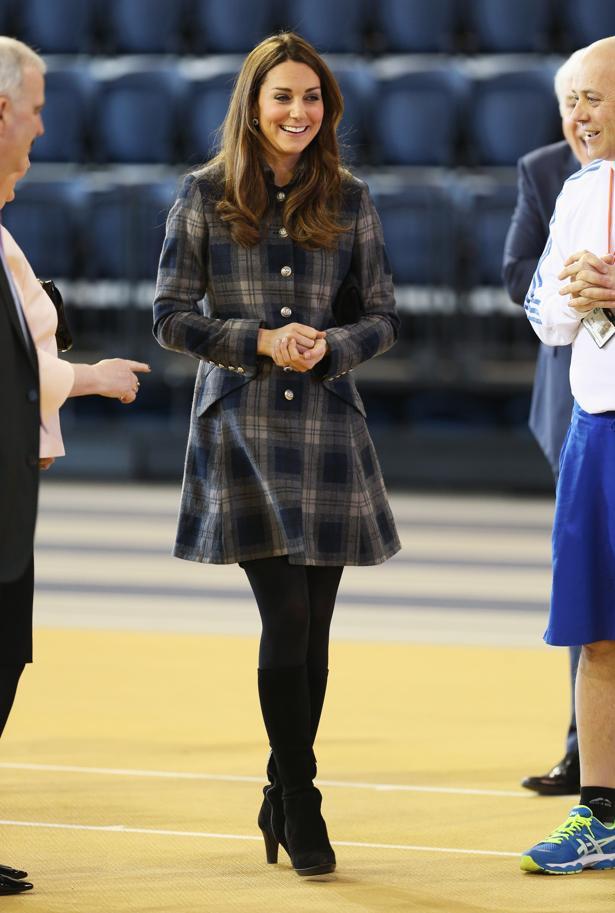 This was a great reminder to baby-bumpers everywhere that an entirely new wardrobe is not always necessary during the early months of pregnancy. Catherine rewore her emerald green Emilia Wickstead empire waist coat for the second year in a row to the St. Patrick’s Day Parade at Aldershot Barracks in March. She just removed the belt. Easy peasy. 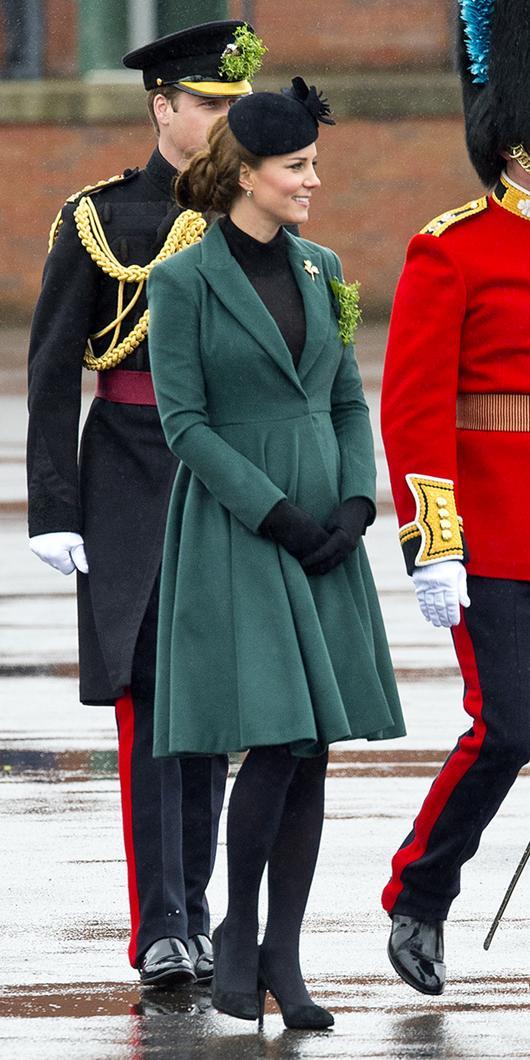