A jacket of the people: What's the story behind Scott Brown's coat?

By Beth Teitell, Globe Correspondent
Scott Brown’s pickup truck got almost as much attention as the Senate candidate, but somehow his equally ubiquitous, equally everyman barn jacket cruised below the pundits’ radar.

And yet, there it was, starring in his now-famous truck ad. There it was again, waving to motorists. And voting in the election.

But what do we know about that brown jacket, really? We spent more time talking about what Brown wasn’t wearing than what he was. Is the slightly worn leather jacket what it appears to be - just something Brown had lying around the house? Or did the campaign hire a stylist to find Brown a jacket that said “Joe the Plumber,’’ but cost $850, like the Burberry canvas barn jacket Saks is selling this season? 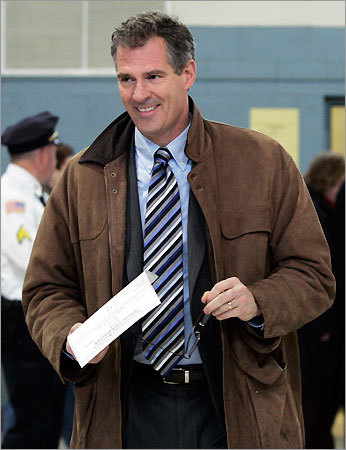