Getting tattoo is easy. Undoing it is no pretty picture. 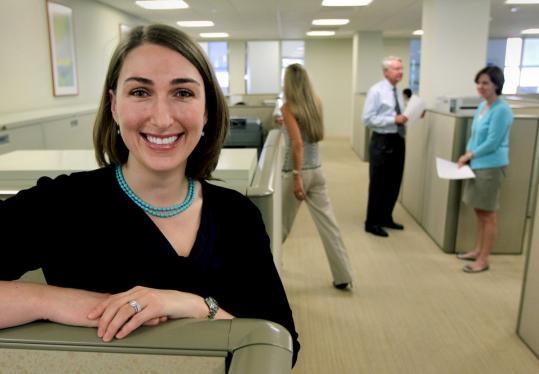 When Meghan DeTore got a Chinese symbol tattooed on her ankle, it made her feel like part of the in crowd in college. But a few years after graduation, it triggered a different emotion: embarrassment.

“It was supposed to symbolize a warrior and a scholar,’’ said DeTore, 31, the marketing director for a Boston investment firm, “but who knows what it really meant. A Chinese-speaking friend later told me the closest translation was ‘mud pie.’ ’’

DeTore often concealed her body art with a large Band-Aid before meeting clients, but finally she could stand it no more. She spent $3,600 - and more than two years - trying to eliminate a tattoo that she got for $80 in about an hour.

“At work, I’m the poster child for not getting a tattoo,’’ she said. “One of my colleagues has told her children all about me.’’

It has been over a decade since tattoos went mainstream and a Superior Court judge overturned a 38-year ban on tattoo studios in Massachusetts. But now, with 32 percent of Generation Xers and 38 percent of Millennials inked, according to a 2010 Pew Research Center study, and with an estimated 45 million Americans sporting at least one tattoo, a secondary trend has emerged: tattoo removal.

A poll put the remorse rate at 16 percent in 2008, and in 2009, members of the American Society for Dermatologic Surgery performed an estimated 61,535 tattoo removal procedures. The group does not have comparative statistics, but a local dermatologist and society spokeswoman reports a “huge uptick’’ in patients.

“A lot of folks are turning 30 or 40 and maybe it doesn’t match their lives anymore,’’ said Dr. Ranella Hirsch of Skincare Doctors in Cambridge. “You see someone wearing a Chanel suit and you wouldn’t expect them to have tattoo, but there you go.’’

And in perhaps an equally telling indicator, tattoo removal has spawned its own unhappy trend: botched removal jobs. “We get a lot of folks who need expert care after bad experiences with attempted removal,’’ Hirsch said.

But even good experiences can be challenging. Stubborn tattoos can take up to 15 or more sessions to remove, and it can cost thousands. People have the entire range of tattoos removed, although getting rid of smaller ones is more common.

But no matter the size, it is still best to think hard before getting your lover’s name written permanently on your body.

Lucas Fassil, 25, an Argentinean studying in Boston, wishes he had. Kate is no longer in his heart, he said, but her name is still tattooed across the top of his rear end. “I don’t usually see it, but I know it’s there,’’ he said as he strolled along Newbury Street recently. “I was in love,’’ he explained, a warm smile spreading across his face as he recalled how he felt when he impulsively went to the tattoo parlor. Now? The smile disappeared. “It reminds me of her.’’

With everyone from grandmothers to sweet-faced kids tattooed these days, the reasons for getting inked vary wildly, noted Dr. Mathew Avram, director of Massachusetts General Hospital’s Dermatology Laser & . But those who seek to have them removed, he said, are similar in one way. “It says something about their life and they want to make a change. That’s the common denominator.’’

“Sometimes the tattoo is associated with alcohol abuse,’’ he said, “and that part of their life is behind them, or they want to set a good example for their children.’’

Some parents erase their tattoos before the kids are old enough to notice them, others make the point by showing their children how painful the removal process is. That was the intention of the famously tattooed Mark Wahlberg when he forced his two older children to watch his ordeal.

“It’s like getting burnt with hot baking grease,’’ he told Jay Leno on “The Tonight Show’’ in February. “There’s blood coming up, it looks like somebody welded your skin. Hopefully that will deter them.’’

As arduous as today’s removal process is, it used to be worse. Prior to selective tattoo-ink targeting lasers, the options for removal included surgical excision or dermabrasion and ablative lasers, said MGH’s Avram. Both physically removed the entire skin where the tattoo was placed and replaced the tattoos with scars and obvious discoloration.

Larger tattoos are no harder to remove than smaller ones, Avram noted, although treatments may cause more soreness because a bigger area is involved. Rather, it is the colors that determine the difficulty, he said, explaining that black is the easiest color to remove, and yellow and orange the hardest.

Despite advances, some full-arm tattoo “sleeves’’ or other elaborate tattoos may never be completely erased. And even with smaller tattoos, sometimes the treated area looks slightly different than the surrounding skin.

But not everyone thinks of tomorrow when hitting the tattoo studio. Consider the story of Shanetta McDonald, 25, a publicist from Somerville. At 17, she went with a friend in her native Illinois and “randomly’’ got a dolphin tattooed on her right thigh. “I was happy for about three years, but the older I get, the tackier I think it looks.’’

McDonald had one tattoo removal session before moving to town, and along with trying to meet new friends, she’s spending hours scouting local doctors. “I’m not even sure why I got it,’’ she said. “My grandmother liked dolphins, but it’s not like she was obsessed with them.’’

Dr. Stuart Bentkover, a plastic surgeon in Worcester and Stoneham, said he regularly gets calls from people who wake up horrified to find themselves tattooed after a night of drinking. That includes “frantic’’ brides who impulsively got tattooed at their bachelorette parties. “Can you get rid of it right now?’’ they ask.

People who have layered one tattoo over another also end up in his office. “Often this is done to hide a small tattoo that could have been removed with the laser,’’ he wrote in an email, “and the patient winds up with a large tattoo that cannot really be removed.’’

These unhappy people include teenagers and their parents. “The parents are forlorn, and the child is angry and wanting to blame someone-usually the tattoo artist.’’

Bentkover said there should be more consumer protection, but Natan Alexander, a tattoo artist, and producer of the popular 10-year-old annual Boston Tattoo Convention this weekend, insists that professional tattoo artists do not work on drunks or minors. He blames nonprofessional “scratchers,’’ as they’re known in industry speak.

“It is these individuals who are creating these kinds of unfortunate situations,’’ he wrote in an e-mail. “If anything, further education for the public and medical community, as well as stricter penalties for the illegal practice of tattooing, is required.’’

Not everyone seeking treatment is feeling tattoo regret, of course. Some merely want to free up space for new body art. “We see people who want to get work from a new artist,’’ Alexander said. “They get their ink lightened so they can get an even better tattoo.’’