‘Bully’ too important to be part of age divide 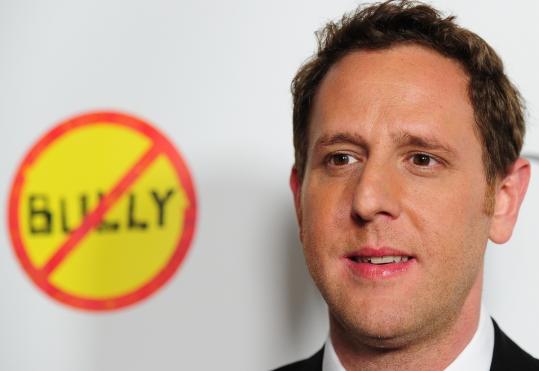 A few weeks ago, I wrote about “over 55’’ communities and senior living and how segregated these complexes are, how hanging out with people your own age fences you in by limiting your exposure to what younger people are thinking and doing.

The response to that column was divided. Some people wrote to say they agreed. Others said I was dead wrong.

What works for some doesn’t work for all. That’s what I took away from the e-mails. Some people prefer the company of their peers, having planned activities, being part of an active community. Some want nothing to do with any of this.

The reactions, swift and passionate, got me thinking not just about the brick and mortar that separate us from one another, but also other, even bigger, divides.

I live on a street with young people and old people and everyone in between. But I live in an “over 55’’ community in many other ways.

I had a friend, Mrs. Lamb, who was in her 80s when we met and nearly 100 when she died. But she was ageless, and not just because every summer morning she put on her bathing suit and bathing cap and plunged into the coast of Maine’s frigid water. But because she figured out a way to cross these divides.

She didn’t listen to rock music but she knew about it. She didn’t see many movies but she never missed a review. She loved politics and sports and history and art. She read The New York Times every day so she could talk about current events. But just as important, she listened. And she asked questions. And she didn’t judge.

The other night I happened upon MTV’s reality show “16 and Pregnant.’’ It’s been on for four years, but I just discovered it because I don’t have teenagers anymore.

The hourlong show featured a 16-year-old girl in denial about how having a baby would change her life. All she wanted was to give birth, and go back to school and cheerleading and sleepovers with her friends. She thought this was possible until the baby was born, and she began to realize that it wasn’t.

The ads for this show were for Clearasil and condoms, not for Celebrex and Lunesta.

So many, many divides.

The documentary “Bully’’ opened Friday in New York in a swirl of controversy about its lack of a rating. Its Emmy Award-winning producer and director, Lee Hirsch, rejected the Motion Picture Association of America’s “R’’ rating, another divide, because he didn’t make this film solely for people 17 and older. Bullied when he was young, Hirsch had the idea for this documentary in his head for years, but didn’t want to revisit this period of his life.

“I was too scared to start developing the idea in earnest because it would mean confronting my own demons,’’ he wrote in his production notes. But in April 2009, when two 11-year boys, 1,000 miles apart, who had been repeatedly bullied, hanged themselves, Hirsch went into action.

“In the wake of those tragedies, I turned my full focus to making this film.’’ he said.

One of these boys was Carl Joseph Walker Hoover from Springfield.

Thirteen million children will be bullied in the United States this year. That’s what you learn when you go to www.thebullyproject.com.

“Bully’’ sounds like a film made just for teens and their parents, but it is not. “16 and Pregnant’’ isn’t just for teens, either. It’s for everyone to watch and learn. Mrs. Lamb knew things like this.

Beverly Beckham lives in Canton. She can be reached at bevbeckham@ aol.com.