He had come to the realization he was a woman with clarity and joy. I reacted with confusion and despair. 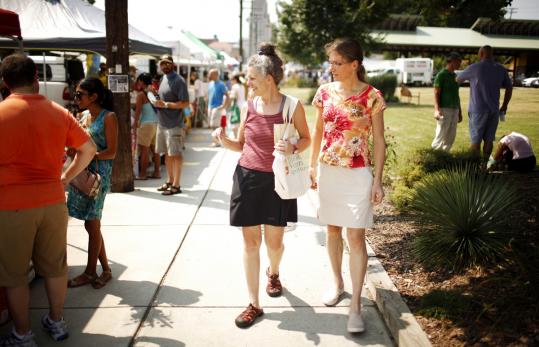 Not long ago I volunteered to help the director of a New England nonprofit get media coverage and, we hoped, more funding, for his organization that helps transgendered youth.

What the public responds to first and foremost, I said, are personal stories. But he told me that reporters wouldn’t be able to interview the kids.

Fair enough. So I asked if he would tell his own story about transitioning from female to male, getting booted from a job because of it, and starting this organization to help other gender-questioning youth feel more empowered.

No, I was told. He didn’t want the focus on him.

I was tempted to try to change his mind, but I didn’t push. I figured that being a face behind a cause as sensationalized and vitriolic as transgender rights would be at least tiring - and at most life-threatening.

I will find out for myself soon enough.

I am not a transgendered person, but I am happily married to one. Her name is Lina and she is a “male-to-female’’ transsexual. She is 47, and I am 53.

We met at Logan Airport on Valentine’s Day in 2003, when we both lived in the area (we have since moved to North Carolina for work). I had left The Boston Globe copy desk the year before to be a freelance writer, and I wrote about a crazy ice-skating trip he took in my column for the Globe Travel section, “Where They Went.’’

After that, we dated, fell in love, lived together, and married.

The things I loved about Wessel are what I love about Lina, and, yes, in a romantic way. She is big-hearted, intelligent, emotionally mature, athletic, and adventurous. She has great legs.

We had been together for almost two years, but married for only two months, when Wessel shared his news. He wanted to be my wife, not my husband.

He had come to this realization with a sense of clarity and joy. I reacted with confusion and despair.

Had there been signs? Yes and no. I knew he had struggled with society’s rigid gender lines, but so had I. I knew he sometimes liked to dress in women’s clothing, but advice columnists and a host of psychologists will tell you that does not necessarily mean a man wants to be a woman. We talked about it a lot and he assured me he didn’t.

Counterintuitively, perhaps, it was my love and acceptance of him that gave him the strength to become on the outside who he was on the inside: a woman.

I detached emotionally and physically. I cried every day. I wondered what else he hadn’t told me. I feared something was wrong with me to attract this kind of mate. I was angry and ashamed.

Gradually, with communication and affection, I (re)opened my heart. I faced my shame. Ultimately, the hardest part was the easiest. I loved him. But could I love her? As it turned out, yes, but only after grieving him. It was a process as complicated as it sounds and one I would not have gotten through without an expert therapist.

In the trans world there’s a saying that “one person’s transition is everyone’s transition.’’ Spouses, family members, co-workers, neighbors - we are all affected in some way. Some of these relationships don’t survive the transition, especially marriages.

My situation is rare but not unique. In Maine, Jennifer Finney Boylan, Colby College English professor and author, and her wife and two children have remained a family since Boylan’s transition, famously documented in “She’s Not There: A Life in Two Genders.’’ That book and the words of Wisconsin writer Helen Boyd, the country’s most public “wife of,’’ were my lifelines. These days I know several couples in “transgender marriages.’’

Having been a lifelong advocate of many causes, now it was time for me to join this one, which is what led me to volunteer for the transgender youth group.

Unlike the gay, “we’re-here-we’re-queer’’ rallying cry, the transgender rights movement speaks in more of a whisper. People who transition, or are gender variant in some way, usually want to fit in, not stick out. That’s understandable, but it’s the movement’s biggest obstacle.

I share our story not to advocate that couples like us stay together - because every relationship is different and people should do what is right for them - but to encourage more acceptance from wives, parents, siblings, children, friends, colleagues.

I have heard firsthand too many heartbreaking stories of parents banishing their transgender children, wives not only leaving their husbands but breaking off all contact and fighting for sole custody of the children, adult children turning their backs on their transgender parents, and employers firing trans workers.

I understand the impulse. I had it, until I finally felt - truly felt - my husband’s anguish.

“What I fear the most,’’ he said one day, his shoulders shaking with each sob, “is that you’ll see me as a monster or some kind of a freak. That everyone will, but mostly you.’’

I told him I didn’t, but I realized in some ways I had. Society’s opinion had scrambled my own. Our relationship turned a corner that day.

Overall, our “gender journey’’ has been smooth. The love and support we have felt from nearly everyone in our lives, from Lina’s family to Huck the handyman, have carried us through this.

Telling her parents was the scariest part. We had no clue how they would react. The first thing they said was, “You are our child and we love you.’’ The hurt and the hard questions came later, along with tears and embraces.

At the medical diagnostics company where she works, Lina discussed the situation ahead of time with her supervisors and gave them a publication from the Human Rights Campaign about transitioning in the workplace. Not only were they supportive, they set a welcoming tone for her reentry to work as a woman.

Last November I sent an e-mail about Lina to friends, including several of my former Globe colleagues. After I pushed “send,’’ I hunched over my keyboard and sobbed. I felt exposed and knew my identity would be forever changed. Within minutes, responses came in, expressing shock, admiration, and cheering us on.

I believe it was our willingness to be open, vulnerable, and honest that allowed people to see us as real people going through something rare but nonetheless part of the human experience. None of this is to say there are not challenges. For my part, I am now perceived as a lesbian, which doesn’t offend me, but it sure is different. (I did have a relationship with a woman in my early 20s, but I consider myself straight.) I’m partnered with a 6-foot-1-inch woman with size 12 feet and a male voice that she’s working on feminizing. On some days, her face looks more like a husband’s than a wife’s. I would rather it didn’t.

I want her, or really us, to “pass,’’ as they say in trans-speak - to go unnoticed - which admittedly belies my advocacy aspirations. It’s tricky terrain. When I am feeling content and secure, which is most of the time, things roll off my back. On darker days, when appearing different is a burden, I want to hide from the world.

Writing this, I feel exposed all over again. Even though many friends in the Boston area know about Lina, there are others who do not. And then there are all the new people who come into our lives. That said, the telling gets easier with time. As I accept who we are, I don’t feel the same need to explain and defend, though I am happy to answer people’s questions. Nor does the issue define us. Lina and I have many interests, together and separately.

Partners, families, and friends of transgendered people have a special opportunity to help foster understanding. We’re on the front lines, on the side of love. To those of you who want to join me, to share your stories, step right up. I would enjoy the company.

Diane Daniel, a freelance writer and regular Globe contributor, can be reached at diane@bydianedaniel.com.