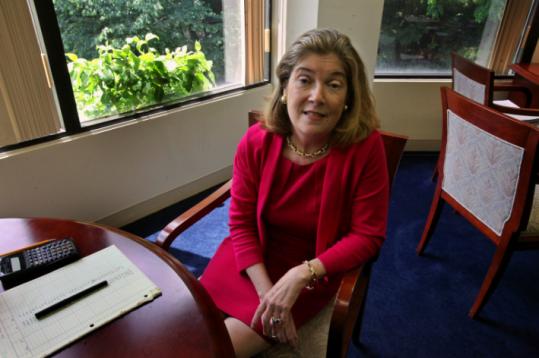 “The thing that really angers me is that I have a disabled child and the money I pay my former husband could be used for Danny,’’ Eileen Buckley said (Michele Mcdonald for The Boston Globe)
By Bella English Globe Staff / July 18, 2010

Eileen Buckley was married to a man who didn’t work much, even though he had a master’s of business administration from MIT that she helped finance. “I figured out he worked seven years out of the 28 we were married,’’ says Buckley, who divorced in January 2009. “His argument that he was a stay-at-home dad falls apart because he was unemployed for a long time before our son was born.’’

At the divorce, her husband got half their assets, including a house in Connecticut, where he now lives. She was ordered to pay him alimony of $2,000 a month. The couple has an autistic son for whom she has full financial responsibility.

“The thing that really angers me is that I have a disabled child and the money I pay my former husband could be used for Danny,’’ says Buckley, 56, president of First Financial Trust in Newton. “I’m going to have to take out loans for him to go to Dean College.’’ When her son no longer has education expenses, she adds, her former husband can take her back to court for increased alimony.

Her former husband, Brian Sullivan, doesn’t think the arrangement is fair, either.

“I think she should be paying me more,’’ he says. “I was a stay-at-home dad with a son who has autism.’’