THIS STORY HAS BEEN FORMATTED FOR EASY PRINTING
In the Parenthood

Raising children toughest sport of all 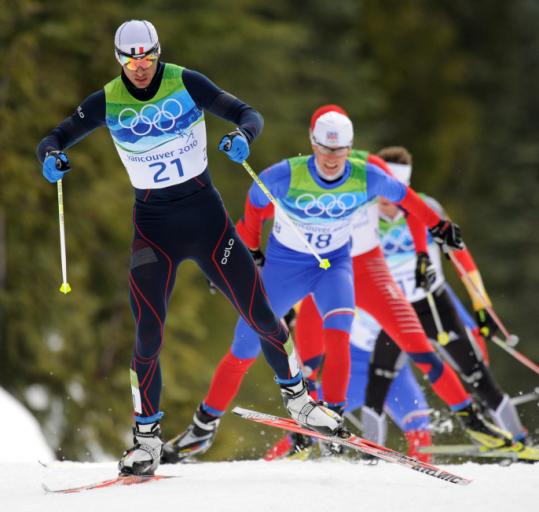 Cross-country skiers in the Winter Olympics faced some big challenges - but nothing compared to being a parent. (Don Emmert/AFP/Getty Images)
By Lylah M. Alphonse Globe Staff / March 4, 2010

Like most people, I was glued to the Olympics for days. And while watching world records fall and medal counts rise, I thought that parenting should qualify as an Olympic sport.

It’s definitely an endurance challenge - much more so than cross-country skiing in the most adverse winter conditions. As your kids get older, you encounter more obstacles than a competitor on a slalom course. If you have a partner, you have to work on coordinating your routine perfectly, and if you don’t, you’re skating every part of every routine by yourself.

Competition is fierce because everyone qualifies automatically, whether they intend to or not, and the field is crowded. The opening ceremonies involve ice packs and sleep deprivation. There are coaches everywhere, but their advice is often contradictory. There’s no training - or, rather, you train as you perform, and the athletes who think they’re most prepared are often not actually in the competition. The judging can be brutal.

Even tougher, it’s difficult to tell when - or if - you’ve “won’’ because the measures of success change constantly. Newborn division? The sound of success is contented silence. Preschool event? The medals are finger-painted, sometimes directly onto your clothing. Elementary-level competition? A hug in front of your child’s friends is more precious than gold. ’Tweens and teens? You’re doing it right if you hear “You’re the meanest Mom/Dad EVER!’’). My parents are taking the gold in the Adult Child Division, because now that I’m a parent I call them frequently to apologize for everything I did or said in high school.

You’re going for a record number of gold medals every single day, no matter what event you’re in and how many times you’ve already competed, and you don’t have a booster team, high-tech uniforms, special equipment, or a high-level endorsement deal to fall back on. And obviously, the stakes are high. In the parenting Olympics, if you’re successful, your kid is the one who wins and you, the parent, become obsolete.

On second thought, maybe it shouldn’t be an Olympic sport after all. It’s harder than anything else out there - but it’s much more rewarding.

Lylah M. Alphonse writes about parenting at Child Caring on Boston.com/Moms. Her new blog, In the Parenthood, debuts there this month. E-mail her at LAlphonse@globe.com.