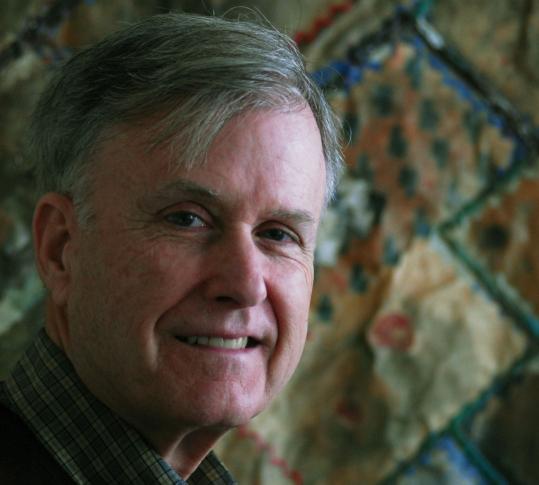 Richard Nisbett argues that our intelligence is under our control to a substantial degree. (Joe Tabacca for the Boston Globe)
March 9, 2009
Text size – +

Intelligence is a ticklish topic, and academics tend to stay away from the trickiest issue of all: documented IQ gaps between different groups. Richard Nisbett, a distinguished professor at the University of Michigan who has long studied how culture affects thinking, steps bravely into the fray with his new book: "Intelligence and How to Get It." He argues that while genetics clearly helps determine individual intelligence, environment is the reason for group differences. Schools and family can substantially raise a child's IQ, from a score that predicts barely graduating high school to one suggesting a professional career. Nisbett is scheduled to speak on a panel at 5:30 tomorrow evening at Harvard's Longfellow Hall. We spoke with him last week; here, edited and condensed, is what he had to say.

Q. How would you sum up your message?

A. Intelligence is malleable and it's under your control to a substantial degree, though not completely.

Q. So what can we do to make our children more intelligent?

A. Talk a lot: The child of professional parents hears 30 million words by age 3. For the child of working-class parents, it's 20 million, and the child of a welfare parent, it's 10 million. And the richness of vocabulary is utterly different: The 3-year-old child of professional parents uses a more advanced vocabulary talking to parents than a welfare mother does in talking to her child. In addition to talking to kids, there's reading to kids. Also, surprisingly, some things that happen before birth turn out to be important: Mothers who exercise have bigger babies with bigger brains. And it looks like breastfeeding can account for as much as 6 points in IQ.

Q. How about for adults? Any hope for us to get smarter?

A. Exercise. Don't retire. Hang around with smart people. Stay in school. You can start vigorous exercise in your 60s and reduce the likelihood of Alzheimer's by 50 percent. In countries with low retirement ages, the IQs of people drop more from age 50 to age 65 than they do in countries with high retirement ages.

Q. You see your book as an antidote to "The Bell Curve," the 1994 bestseller that fanned great controversy over the genetic element in the IQ gap. Are you re-igniting that debate? Are you getting attacked?

A. Not so far, and I've said some things that I really thought would bring the wrath of people onto me.