Attorney: Army mother to be discharged 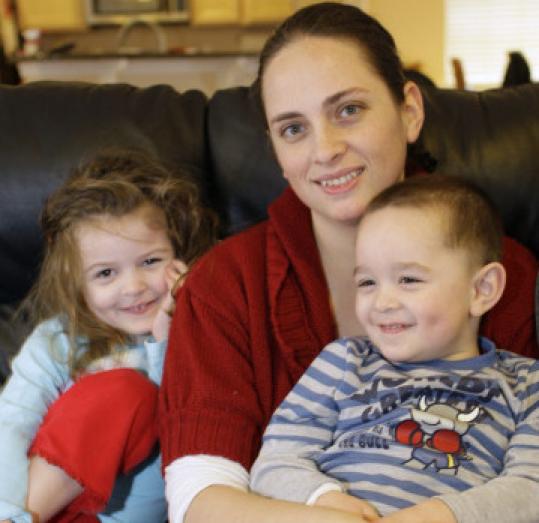 Lisa Pagan, of Davidson, N.C., reported for duty with Eric, 3, and Elizabeth, 4, because she did not have care for them. (Chuck Burton/ Associated Press)
Associated Press / March 3, 2009
Text size – +

RALEIGH, N.C. - The North Carolina mother who reported for Army duty with her two young children will be discharged from the military, her attorney said yesterday.

Attorney Mark Waple of Fayetteville said it wasn't clear if Lisa Pagan would receive an honorable discharge or a general discharge under honorable conditions. It also wasn't certain when she would be discharged.

The reason for the discharge will be that she doesn't have, and cannot have, an adequate family care for her two young children, he said.

Fort Benning spokesman Bob Purtiman could not confirm yesterday whether Pagan's commanders were discharging her. He said she was being issued a uniform, undergoing medical and dental screenings, and filling out paperwork like any other soldier. "As far as her disposition, right now the case is being reviewed by the chain of command," Purtiman said.

Pagan was recalled to the Army four years after being released from active duty, which is allowed under the military's "individual ready reserve" program. But she says she had no one to care for her children.