High honors for woman’s role as a guardian against violence 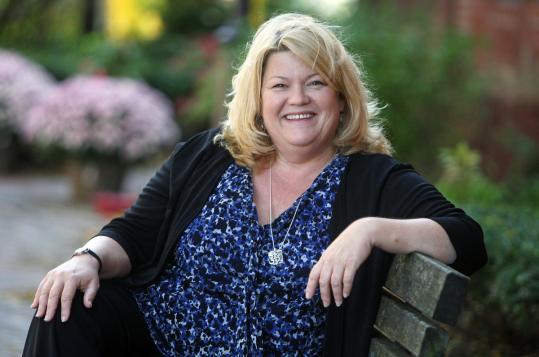 When Dorothy Cotter of Amesbury was killed by her husband in 2002, Suzanne Dubus took it personally.

Cotter had been a client of the Jeanne Geiger Crisis Center in Newburyport, where Dubus was executive director. With the center’s help, Cotter, 35, had done everything right to protect herself: She got her husband out of the house with a restraining order and, along with her two daughters, trained in self-protection. But William Cotter pushed his way into the house, shot her in the back, and then killed himself.

Dubus and the staff were devastated. “We knew she was in such great danger and nothing we could do could change it,’’ Dubus said. “I either needed to make a decision to leave, or figure out how to keep it from happening again.’’

Dubus chose the latter, and her success has resonated across the country. Tomorrow she will be among 15 “Champions of Change’’ honored at the White House.

In 2005, Dubus - herself once a victim of domestic violence - and her staff launched the Greater Newburyport High Risk Response team. It brings together representatives from the crisis center, law enforcement, probation, hospitals, and batterers’ intervention groups to screen the most dangerous cases.

Before the team was formed, Amesbury, where Cotter was killed, had eight domestic-violence deaths in a 10-year period. Since then, there have been no such homicides. The response team serves nine communities on the North Shore and meets monthly.

The team gets two or three new cases a month and continually monitors about 30 others. “I think if we could do this in every community in the country, it would be a different place for women,’’ said Dubus, 53, who is now the chief executive of the crisis center.

The success has spawned similar programs in far-flung places. Her staff has trained high-risk response teams in 14 other communities in Massachusetts, as well as others around the country, and more than 3,000 criminal justice professionals and advocates.

“It isn’t rocket science,’’ she said. “It’s about relationships and communication.’’

Still, in the field of domestic violence, there has long been a history of poor relationships and limited communication among organizations and individuals trying to protect women. “When Dorothy was murdered we all pointed fingers at each other,’’ Dubus said.

Kelly Dunne, then assistant director at the crisis center, discovered some pertinent research at Johns Hopkins University. Dr. Jacquelyn Campbell, a national specialist on domestic violence, had documented 20 lethal risk factors in domestic violence cases. The top five: the partner has tried to strangle the woman; has threatened to kill her; has extreme, possessive jealousy; has access to weapons; and has forced sex upon her.

With this research in mind, the response team then formed an individual intervention plan for the highest-risk cases.

The team also used a list of protective factors against homicides that includes GPS ankle monitoring of offenders, pretrial detention, wellness and safety checks of victims by police, victims’ reliance on domestic violence organizations, and rapid information exchange and response in such cases.

In Dorothy Cotter’s case, her husband had attempted to strangle her with a phone wire and threatened to kill her if she ever left.

Although various agencies had been involved, including courts, police, and advocates, they were not working together.

“We were all doing our job well, but not together,’’ Dubus said. “We were creating gaps for offenders to drop through.’’

After studying Campbell’s research, Dunne, now the center’s chief operating officer, pitched the idea of the team to the various agencies. On April 1, 2005, the team began taking on cases.

“I believe to the bottom of my toes that we have saved lives,’’ said Dubus, who is taking Dunne with her to the White House because “without her, this model would not have been created.’’ After the award ceremony, Dubus will participate in a panel discussion with the other honorees.

Before she was an advocate for battered women, Dubus was in an abusive relationship. She has hearing loss in one ear because her former husband broke her eardrum. Though they dated for two years before marriage, Dubus says she overlooked some warning signs. “I was young and inexperienced,’’ she said.

On their honeymoon in St. Martin, he hit her for the first time.

“All of a sudden, his hands were around my throat and he began to bash my head against the wall, over and over and over. I kept screaming and he kept squeezing tighter until I dropped,’’ she recalled.

Afterward, he was apologetic. But it happened twice more, and the following Christmas, when her family gathered at their grandparents’ house, Dubus told her two brothers about it.

“They confronted him and told him if he ever touched me again he would have to deal with them,’’ said Dubus, whose younger brother is the writer Andre Dubus III. His recent memoir, “Townie,’’ chronicles the violence and crime he experienced growing up in the Merrimack Valley after his father, a writer, left the family.

After Suzanne Dubus was gang-raped in Boston at age 18, her brother’s anger flared and he became obsessed with handguns and revenge. So when her brothers confronted her abusive husband that Christmas, she says, her husband stopped the physical violence - but the emotional abuse got worse.

It took her five years to leave the marriage.

Dubus shares the stories with other women so they know she understands.

“I’m really grateful that I had that knowledge, that experience,’’ she said. “It brought me to where I am.’’