Osama bin Laden may be gone, but we'll always have each other. 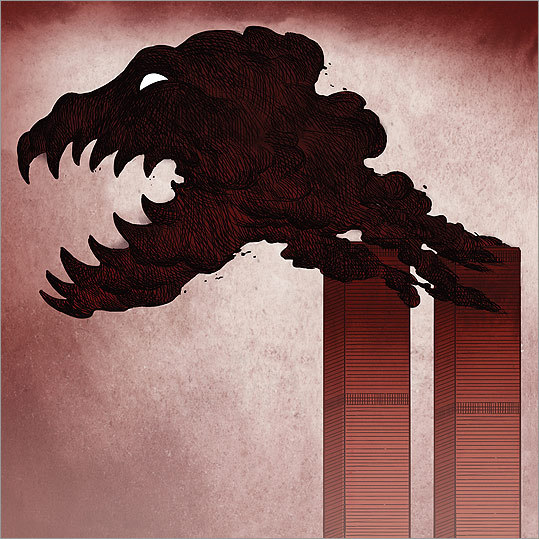 I had tickets for the Sox game against the Devil Rays on September 18, 2001. It was Boston’s first game after 9/11, falling in that period where everything seemed as if it was made of sand, as if it could all fall at any moment. I recall the game was tense, with everyone furtively looking to the sky and an element in the crowd chanting, “Kill bin Laden!” in the space usually occupied by “Sweet Caroline.” But I also remember being relieved at the return of a bit of normality. The game felt like a small victory building to a big one.

Today, as the United States marks the 10th anniversary of the attacks on New York and Washington, we bear witness to a great flowering of speeches and TV specials, all directly or indirectly on the themes of not forgetting and not letting the terrorists win. These will be understandable, but they’ll also be somewhat problematic given two key things: We forgot, and the terrorists won.

After the attacks, there was a great unleashing of anger. Initially this was directed at Osama bin Laden and concurrent with a week and a half in which Americans professed to like one another. But because anger at bin Laden required some understanding of geopolitics, which is hard, we in time decided to redirect that anger inward, at one another. That was easier, not to mention gratifying and fun. Soon some Republicans were accusing Democrats of treason, and many Democrats were taking the bait and suffering grand mal fits of Bush Derangement Syndrome, which was also kind of fun.

In the decade that followed, that rage remained, even as the political debate shifted – for a while, immigrants became a proxy for terrorists; Bush Derangement Syndrome mutated into Obama Derangement Syndrome; Keith Olbermann and Glenn Beck happened. We got hooked on what philosopher William Hazlitt has called “the pleasure of hating” and began indulging in “ecstatic anger as a mode of political action,” as writer Peter Wood once put it. The longer our tantrum lasted, the greater our moral certitude became. We’d been mad for so long, the reasoning went, it must mean we’re right. Because why else would we be so mad?

Now anger is the only thing we’re capable of feeling in the political arena, and the country has ceased to function. This may seem like a curious victory for terrorists who wanted us dead, but it’s a victory nonetheless. A small paramilitary force can’t destroy a superpower like the United States, but it can set in motion a chain of events that invites us to destroy ourselves. The terrorists gave us a reason to turn on one another, and we obliged them, with at least one act of grievous imperial overreach and a decade of bratty internecine squabbling. It was telling that when bin Laden was killed, President Obama didn’t get a lasting bump in the polls. It didn’t matter that the guy who planned the deadliest attack on American soil had been brought to justice, because we’d already ferreted out the real threat to America: people who disagree with us on tax policy.

At the moment, most of the hyperventilating is coming from the right, in whose colicky meta-reality a health care reform bill to the right of Richard Nixon’s and federal tax rates lower than those under Ronald Reagan are part of a nefarious liberal scheme to dismantle liberty (“liberty” being, best as I can tell, the state of getting everything you want, all the time). Under President Bush, it was liberals who did most of the garment-rending, though they were never able to marshal their rage into anything resembling legislative clout. So now liberal Democrats pass their days whining about how Obama isn’t as angry as they are.

Our age is the age of hyperbole, brought on by the shock of the attacks. Jerry Falwell once argued that God allowed 9/11 to happen because of liberal excess. Last month, Michele Bachmann joked that Hurricane Irene and the Virginia quake were God’s warnings about big government. I’m hesitant to also invoke the Almighty here – when it comes to world affairs, he’s got a spotty attendance record, at best – but in the interest of bridging the secular left and the religious right, it’s worth looking at Ecclesiastes. “Be not hasty in thy spirit to be angry,” it goes, “for anger resteth in the bosom of fools.”

Joe Keohane, a Boston native, is a writer in New York. Send comments to magazine@globe.com. 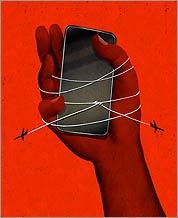