Why Lent must rise again

This past Wednesday marked the start of Lent, the 40-day Christian season of fasting and sacrifice in preparation for Easter. Lent resembles the Muslim holy month of Ramadan, though with one big difference: Muslims actually take Ramadan seriously. American Christians talk about fasting and deprivation, but most practice nothing of the sort. For Christians in this country, self-denial makes life less pleasurable. So why do it?

The question goes to the heart of what’s happening to Christianity in America. Practitioners are purging the tradition of its sacrificial dimensions. We’re remaking it as a type of spiritual self-help whose effectiveness is measured by how well it entertains us and affirms what we already believe. Since Americans love parties and hate to do without, Christianity is evolving to deliver. The diminution of Lenten practices illustrates the trend and highlights what’s lost when religion becomes a consumer commodity.

To see how far we’ve come, let’s recall our roots. Jesus, Moses, Elijah, and other biblical figures used 40-day periods of self-denial to cultivate humility as they prepared to face major challenges. Lent itself began in the early fourth century during a time when Christians were being fiercely persecuted. Seeking divine strength in discipline, some ancient communities would fast during daylight hours for weeks. Others would eat a minimal diet – no meat, no dairy, scant oils – as the Orthodox still do today. Repentant prayer and alms giving became other hallmarks of a serious season for pondering and practicing the costs of discipleship.

Today Lent is widely ignored in Christian America. Seasonal sacrifices, if observed at all, tend to be token. For Catholics, “abstaining” can now consist of sumptuous fish dinners on Fridays; even a Good Friday “fast” can include two small meals. Some Protestants conveniently eschew sacrifice altogether – if no one can earn divine favor, why bother? Still others bring a take-it-or-leave-it attitude, marked by promises to exercise daily or do without sweets for a few weeks. True deprivation is rare. As a pastor I know once told me, giving up something for Lent “is kind of a big joke.”

How did Christianity’s most serious season become a joke in this supposedly religious country? We let desire become our master, and desire has no use for sacrifice. For centuries, Christianity sought to temper primitive desire for addictive pleasures, dominance of neighbors, hoarding of resources, and other idols that ruin lives. But the broader culture has persuaded us to cut loose, to obey our lowest passions, lest they fester into perpetual frustration.

Now religion is desire’s handmaiden. Americans routinely quit churches that fail to please them. And churches, anxious to survive, vie to offer what congregations want: happy, clappy celebrations; entertaining multimedia shows; supportive gatherings of like-minded people. Meanwhile, they jettison the harder and more edifying parts of Christianity, such as practicing repentance, sharing in others’ sufferings, and observing Lent.

In purging self-denial from the tradition, American Christians play into the hands of corporate merchandisers, who hope we’ll spend more and more year-round to quench unquenchable desires. Yet the highest price we pay is spiritual. Self-denial for a season fosters humility. It blunts the insidious delusion of entitlement. It shapes compassion for the poor and hungry by raising at least a measure of awareness of their circumstances. It breeds courage as we tell our lowest desires: No, you are not my master. I answer to a higher authority. With God’s help, it opens a way for higher desires to take root – for the creation of a new heart, in biblical parlance. To trade the inherited wisdom of this way for the cheap platitudes of self-help therapy is costly indeed.

Strangely, Americans recognize the value of sacrifice in pursuing material goals, such as prosperity via education. Yet we tell ourselves that spiritual growth can be cost-free.

It’s time for American Christians to reclaim the power of their tradition. Lent is the right time to start. The season beckons Christians to grow in character and compassion by walking in their ancestors’ footprints. Sure, we have no desire to fast, pray, or give alms this month. But that’s exactly why we should.

Swampscott-based G. Jeffrey MacDonald is a minister and the author of Thieves in the Temple: The Christian Church and the Selling of the American Soul. Send comments to magazine@globe.com. 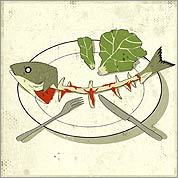