Archeologist Mark Lehner, of Milton, knows more about the Giza pyramids in Egypt than nearly anyone else alive. 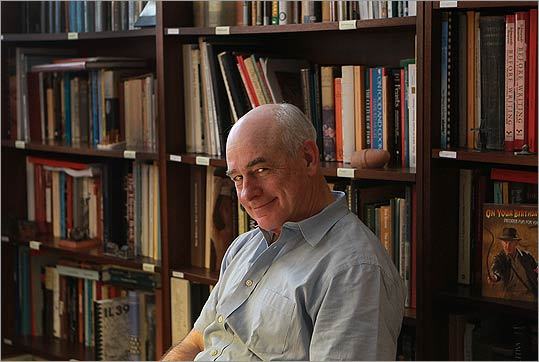 King Tut is back, touring four US cities this year. Why are people still so fascinated with mummies and pyramids?

You’d think by now I’d have a pat answer, but I still ask the same question. Ancient Egypt had a sense of design and order and ambition that appeals to us on some visceral level. Mummies and pyramids speak to the eternal in an age when everything changes so quickly. We look to ancient civilizations because we feel lost in our own.

As director of Ancient Egypt Research Associates, based in Brighton, how much time do you spend here and in Egypt?

Harbors are back. We thought the remains of what looked like harbors near the pyramids were in fact just simulations. It seemed impossible the Nile could reach this far. But in the last two field seasons, we have found deep basins.

Were these built to transport the stones used for the pyramids?

You don’t want to have to drag those stones very far.

Did climate change bring down the Old Kingdom?

Over the scale of a lifetime, no. If you are talking hundreds of years, then yes. The harbors were filled up with clean sand in the three centuries after the early giant pyramids were built. The climate dried out.

You left the University of Chicago to do freelance archeology. Why?

We had just found the city where the pyramid workers lived, and I realized I couldn’t do both. So I founded my own organization, hiring professional archeologists who do nothing but archeology the whole year – real gunslingers who come and do crackerjack excavations.

You’ve known Zahi Hawass, Egypt’s chief of antiquities, for nearly four decades. Do you support his international crusade to have Egyptian artifacts returned to Cairo?

Yes, without any qualifications.

Any plans to retire?

I just turned 60 and suddenly woke up and found myself finite. So I’m thinking about how to make the mission last longer than me.