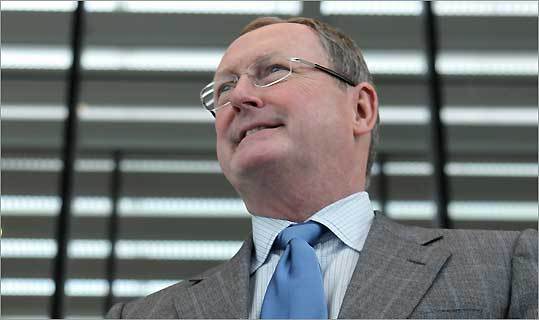 It took a Brit to build an American wing.

That’s right. When Malcolm Rogers arrived in Boston 16 years ago to take over as director of the Museum of Fine Arts, he was a virtual unknown in these parts, his career rooted in his native England. But it didn’t take him long to introduce himself. Rogers brought in a controversial show featuring fashion photographer Herb Ritts and parked gazillionaire Bill Koch’s boats on the lawn. He opened the museum’s Huntington Avenue doors (originally closed to save money) and took a group of trustees to Las Vegas to check out the Monets the MFA had rented to a casino gallery there.

Some art-world traditionalists grumbled. But an important group nodded in approval. This was the museum’s trustees, pleased to see attendance climbing and a buzz again surrounding the institution.

That’s when Rogers announced his new idea. The museum would raise $504 million for expansion, renovations, endowments, and operations. Never mind that the highest amount ever before brought in by a Boston cultural institution was less than half that. With old-fashioned charm and persistence – it did take a decade – Rogers found the money, developed the plan, and, in November, proudly raised the curtain on the MFA’s dramatic $345 million Art of the Americas Wing. Reflecting on the achievement in the weeks leading up to the opening, Rogers, who is 62, refused to gloat. Yet he did recall his many critics – some of whom had written that he wasn’t fit to run a museum – as the opening approached. “I would like them to know the same man responsible for this project is responsible for the other things they were not that keen on,” he said.

The Life of the party: Scott Brown

By winning "the Kennedy seat," the Republican shocked the political world and inspired a legion of long-shot challengers.
More notable Bostonians:
Your comment is subject to the rules of our Posting Policy
This comment may appear on your public profile. Public Profile FAQ