Coffee and yoga and Prius and 'Juno'

A satirical blog that catalogs what white people like draws fans, critics - and more than 16 million hits 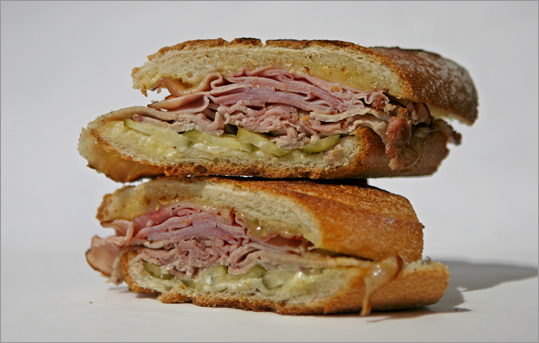 It was an instant-message conversation about the critically acclaimed but little-watched HBO drama "The Wire" that led to the creation of the blog Stuff White People Like. Christian Lander, a Los Angeles-based white Canadian and his friend Myles Valentin, a Filipino Canadian, were chatting about why white people didn't watch "The Wire." They began trading jokes about what whites occupied their time with instead: divorce, therapy, attending plays.

In January, Lander, with occasional assists from Valentin and others, began creating satirical posts about the social and cultural habits of a group of whites they were familiar with - middle-class liberals. They detailed this group's love of coffee, film festivals, and organic foods, then moved onto their enjoyment of difficult breakups, Barack Obama, and divorce. The blog has attracted a diverse group of fans and started conversations about race. It has also made some people uncomfortable and faced criticism from those who see racism in it.

But Stuff White People Like is a hit, already receiving more than 16 million hits in its short life. Inspired by the blog, fans have created copycat sites such as Stuff Asian People Like and Stuff Educated Black People Like. Landers recently signed a deal with Random House to turn the concept into a book after a competitive auction that allegedly reached six figures.

The blog's popularity may have something to do with its singularity. Jokes about rednecks and Republicans are common. But white middle-class liberals rarely face comedic barbs unless they're the target of black comics such as Dave Chappelle or Chris Rock.

"This is the stereotyping of people who have tried to distance themselves from what they perceive as white stereotypes: the white trash, the Republican," says Lander, 29, who works as a copywriter at Schematic, a new media marketing company. "Well, you're still white, you still have white privilege. It still exists, believe it or not. No matter how much you donate to charity or how much organic food you eat, you still have white privilege."

The post about (No. 39 on the list of stuff white people like) hooked James Hough, a 27-year-old South End resident. "White people are absolutely crazy for Netflix for a number of reasons," it reads. "Firstly, because all of them are convinced that there is a global conspiracy to keep good, independent, groundbreaking film from mainstream distribution (multiplexes, Blockbuster, etc)."

The blog gave Hough a striking realization: He's not as unique as he thought he was. It also helped him put his love of Netflix into perspective. "It's something so ridiculous," Hough says, "and you don't even realize how much you like it. I get excited every day about that, and I don't give a second thought to how much I actually care about something so ridiculous: DVDs in an envelope, getting indie films."

The blog treads new ground by showing how closely associated materialism is with white middle-class liberalism, says Philip Kretsedemas, a sociology professor at UMass-Boston. "What is unique," Kretsedemas says, "is seeing liberals as owning their whiteness. It seems like a non-liberal thing to do. Liberals are supposed to be critical of race, not supposed to see race. The people who are white are the Archie Bunkers of the world."

Of course, blacks, Latinos, and Asians partake of many of the things satirized on the site, as many readers have pointed out in the comments section of Stuff White People Like. The actions listed on the site also may not appeal to all whites. Understanding these facts helps visitors recognize the blog's other subtle message about the stereotypes society presses onto blacks, Latinos, and Asians.

Depending on its popularity - and level of controversy - a post can receive more than 700 comments. A few comment-posters simply view the blog as racist. Some have responded by writing lists of the things Arab, black, and Mexican people supposedly like.

Peggy McIntosh, an associate director of Wellesley College's Wellesley Centers for Women, whose scholarly work on white privilege includes her influential 1988 essay "White Privilege: Unpacking the Invisible Knapsack," attributes the angry comments to white people seeing themselves positioned in an unaccustomed way. "When I was growing up," says McIntosh, 73, who is white, "other people had race, and we were normal. . . . Therefore it's quite new for people to say, 'Let's study whiteness.' That's what [Lander's] doing, in a flippant and frivolous way."

Other comment-posters get the joke and create witty replies. For the post titled "Threatening to Move to Canada" (No. 75), one reader wrote the tongue-in-cheek response: "I just discovered this site and as a white person, I have to say that it is incredibly offensive. I am moving to Canada to be a writer."

A few even interact with the site in order to delve deeper into the sensitive issue of race.

Having such conversations so publicly is rare, says Hough. "There's this kind of political correctness where you're not allowed to say anything about race without appearing racist," he says. "It's kind of like the elephant in the room that's rarely discussed except among close friends where you're very comfortable about not appearing racist, and you can say anything off the top of your mind."

The comfort level is achieved because of the blog's tone, says McIntosh. "You take away the theme of blame, shame, and guilt and focus on habits. This is about cultural habits."

Lander makes it clear that he's one of the perpetrators: The photo accompanying the post on "T-shirts" (No. 84) is a picture of him wearing one.

That makes sense, since "Irony" (No. 50) is another thing this particular group of white people like.