THIS STORY HAS BEEN FORMATTED FOR EASY PRINTING
Online finds 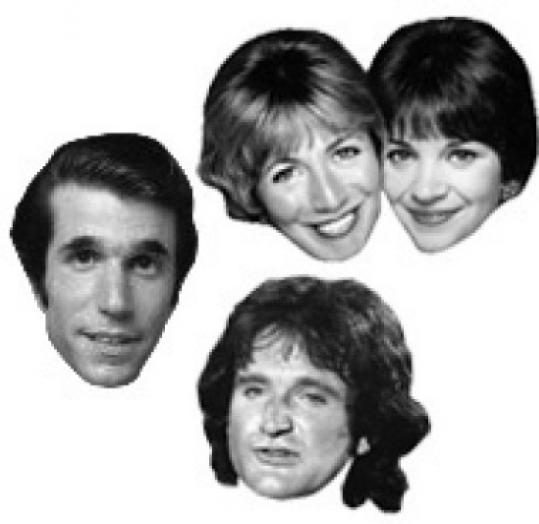 Remember when that one guy from "Dukes of Hazzard" walked into the diner on that other show about the diner and tried to buy it for some reason? And then the locals didn't like that idea, so they filled his car with cement? No? Don't worry, Thom Holbrook does. Not only does he remember that, he's got the lowdown on pretty much every crossover, spinoff, and shared reality in the history of television.

Holbrook was just your average TV junkie with a photographic memory until he decided a few years ago to share all of his accumulated random knowledge of "Laverne and Shirley," "Emergency," and "Manimal" with the world at large. His site started small, with descriptions of a few major crossovers, but it has since mushroomed into hundreds and hundreds of entries, including long-forgotten shows such as "The Single Guy" and "Daria."

"I always played with the idea of all of these crossovers in my head when I was bored, and I realized I had all of this useless trivia in my head. So I figured I might as well share it with other people," says Holbrook. "I'm probably the only guy who cares about a lot of this, or at least that's what I thought. But I started getting so much e-mail and so many hits, I figured out I was on to something."

So in this alternate universe, what's the ultimate, the purest expression of the crossover? It has to be the arc on "St. Elsewhere" in which a character from "The Bob Newhart Show" who was a patient of Newhart's appears in the psyche ward at St. Eligius Hospital. What makes this so spectacular is that both "The Bob Newhart Show" and "St. Elsewhere" were revealed at the end of their runs to be figments of the imagination of characters on the show. "So in that case, does that mean that the autistic kid who dreamed 'St. Elsewhere' also dreamed Bob Newhart, who then dreamed his own show?" Holbrook says. "I guess it does. It makes my ears bleed if I think about it too long though."

Dennis Fisher is a freelance writer and regular contributor to the Globe. He can be reached at d f1855@gmail.com.

Correction: Because of a reporting error, the second reference to "The Bob Newhart Show" was incorrect in Sidekick's Online Finds column yesterday. It should have been to "Newhart," the comedian's subsequent sitcom, which ended as a dream sequence.