As searches dragged on, many just stopped looking. Now they aren’t even counted among the jobless. 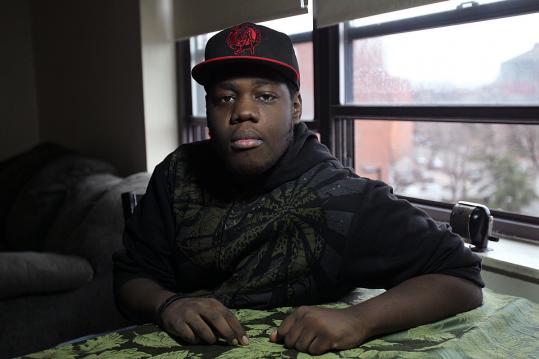 Millions of Americans have vanished from the US labor force in the past three years, many of them so discouraged by long, fruitless job searches that they have given up looking for work, convinced that no employer wants them, according to a new study.

The Center for Labor Market Studies at Northeastern University found that there were 5.4 million fewer people in the workforce last year than projected by the Labor Department in 2008 - many the “hidden unemployed’’ who, no longer searching for work, are not counted in the official jobless rate. In Massachusetts, their numbers have more than doubled over the past decade to about 120,000.

Among the missing are teenagers who have stopped looking for mall jobs that are now going to college graduates, and laid-off 60-year-olds who have reluctantly retired as employers turned to younger, cheaper talent. Some are at home, supported by spouses. Others are in college or training programs, hoping to gain marketable skills. A few have ended up homeless.

Despite the steady decline in unemployment recently, the study is a reminder of how far the economy has to go. The Labor Department reported Friday that the official unemployment rate slipped to 8.3 percent in January, but when labor force dropouts and the underemployed - those working part time because they can’t find full-time jobs - are included, the rate doubles to about 17 percent.

Losing the productivity of more than 5 million people over the past three years means a slower recovery, with fewer people contributing to the nation’s economic output, buying products, and paying taxes, said Andrew Sum, director of the Center for Labor Market Studies. These missing workers are more likely to become poor, rely on government assistance, and develop mental health issues.

And when hiring picks up, many of these long-term unemployed will have lost so many skills and so much work experience that they won’t easily reenter the labor market. “Their difficulties will end up being paid in part by us,’’ Sum said.

Barbara Bobea, laid off from a human resources job two years ago, spends her afternoons trying to get a bed at the Pine Street Inn homeless shelter. After her jobless benefits ran out last summer, she had no other choice.

Bobea, 43, has a bachelor’s degree in business administration from the University of Alaska in Anchorage. But with no money to buy minutes for her cellphone, restrictions on when she can shower and iron at the shelter, and no place to hang her crumpled interview clothes, it became difficult for her to pursue the human resources and bookkeeping jobs that fit her credentials.

She lowered her sights and applied at McDonald’s, but never heard back. In November, she stopped trying.

Recently, Bobea worked with a career counselor to revamp her resume, but she’s so discouraged she’s afraid to use it. “What else will I do if that resume doesn’t work?’’ she said.

Bobea is among the victims of a severe economic downturn that at its worst left about one in five Americans unemployed, underemployed, or so demoralized that they gave up looking for work. Today, nearly three years after the recovery began, the situation has improved only marginally.

“The true labor market problem that we face is a lot bigger than what the official unemployment numbers tell us,’’ said Sum. “A lot of these hidden unemployed are really going to have a hard time making it back because for a key part of their working life, they’re absent.’’

In 2008, before the financial crisis, the Labor Department projected the labor force would increase to nearly 159 million people by 2011, but instead it dropped to less than 154 million, slightly below the 2008 level. Several factors have contributed to this stagnation, including workers who may have entered the labor force in better times, but stayed on the sidelines in recent years, and immigrants who left or never came to the United States as opportunities faded.

But the main contributor, the study says, is the growth in the number of workers who gave up looking and dropped out of the labor force. Since 2008, this hidden unemployment has increased by about 30 percent, or 1.5 million workers.

The disappearance of jobs during the economic downturn has disproportionately affected the low income, the less educated, and the young, Sum said, noting that almost half of the 5.4 million missing workers are under the age of 35.

Jackson Julien, 19, a student at Boston Adult Technical Academy, an alternative public high school, started applying for jobs at video game and computer stores last summer, but gave up after zero interviews. “At first, you’re looking for things that are fun,’’ he said. “Then you just get demoralized and you start looking for anything. And then you get demoralized even more and you just give up.’’

Julien, who is staying with a friend, doesn’t need a job to buy new clothes; he needs one to survive. He eats breakfast and lunch at school for free, but at night he subsists mostly on ramen noodles and online video games. “If I’m hungry and I just play games, the hunger goes away,’’ he said.

Many teens need money to pay for food, utilities, and rent, said Neil Sullivan, executive of the Boston Private Industry Council, which helps young people find jobs. When they can’t bring home a paycheck, it doesn’t just hurt their ability to pay the bills, it makes it harder for them to land employment as adults because they aren’t developing on-the-job skills.

“We have generations that are coming through school into the workforce with little to no previous workforce experience,’’ he said.

For many older workers, experience is not enough. They have left the labor force to update skills in colleges and training programs in the hopes of improving their prospects.

Pedro Lopez, 55, was among them. After losing his job delivering oil in March 2008, he spent two years looking for another truck driving job before giving up and enrolling in a welding school in Jacksonville, Fla.

He was missing from the labor force for eight months between 2010 and 2011 while completing the 30-week program. He reentered the labor force last summer, landing a temporary job as a structural welder, but he has been out of work again since September.

Lopez, of Lawrence, and his family are getting by with his $235 weekly unemployment check and the money his wife’s in-home day care brings in, but he owes $9,000 in student loans and isn’t seeing many openings for new welders. “They are looking for people with four or five years of experience,’’ he said.

Learning new skills is generally considered useful, said Sum, but when the market demand isn’t there, time away from the job search can be detrimental.

“There’s no guarantee that you’re automatically going to do better just because you went to school,’’ Sum said. “The reason why they’re there is because no one will give them a job.’’