Work all your networks

In this wired era, job seekers should build ties using both old-school and online platforms 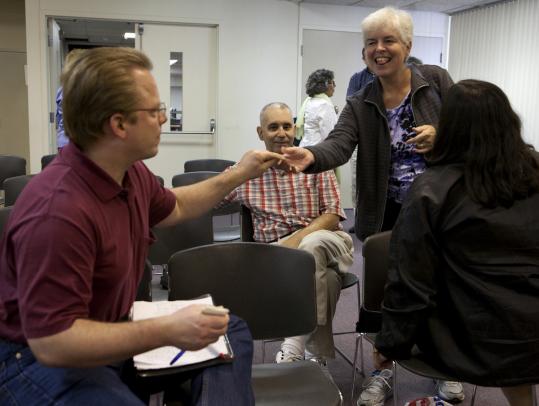 Networking is the best way to find a job, but making the right connections increasingly involves multiple platforms, career counselors and recruiters say. Drinks with an old college buddy might get you some leads, but it doesn’t have the reach or speed of social media.

A professional association is a good way to meet and greet, but a Twitter feed can keep people abreast of your accomplishments much faster. A blast to contacts on LinkedIn might get you an introduction to a company executive, but a firm handshake, direct eye contact, and intelligent conversation will get you closer to an interview.

“You are not going to find your job solely through an online platform,’’ said Travis Drouin, an Andover CPA who has started professional networking groups in his industry. “It’s rare that a job offer comes purely from an online environment, one-on-one is the best.’’

Networking is more important than ever in today’s ultracompetitive job market, but building connections and using them effectively is a long-term strategy that should span a career, specialists said. Networking begins long before a job search. It not only involves adding new contacts, but maintaining old ones. It could mean coffee with old friends or an occasional e-mail to former colleagues.

“Stay part of the family even if you don’t work there anymore,’’ said Matthew Boyle, president of Strategic Talent, a Tewksbury recruitment firm. “Send them a LinkedIn invite or a holiday card once a year so they can see your kids are growing up. Don’t let any connections die out.’’

Jennifer Rosenberg was a freelance public relations representative in 1999 when she joined Boston Women Communicators, a group of 250 women in the media industry who meet several times a year at the Union Oyster House in Boston or the College Club of Boston. Over the years, she has kept in touch with members through informal coffees, e-mail updates, and dinner meetings.

Last summer, a listing in the group’s weekly e-letter caught her eye: state director for communications at the American Cancer Society in Framingham. Though happy at her job at the Make-A-Wish Foundation, Rosenberg was looking for a shorter commute and more flexibility - important for a mother of three young children.

She expressed interest to the founder of Boston Women Communicators, Jane Breschard Wilson, who dashed off a recommendation to the cancer society’s senior vice president for communications, Karen Rouse, a member of the group.

Rosenberg got an interview, and eventually the job. “Jane was the key,’’ said Rosenberg. “I wouldn’t have gotten as quick a reply if I had not been able to say I was a fellow BWC member. It helps to have that introduction.’’

While old-school networking like this works, recruiters say it should be supplemented with social media, including LinkedIn, Facebook, and Twitter. For example, said Boyle, the Tewksbury recruiter, if you are interested in working for certain companies, you can quickly sort through LinkedIn to see if any of your contacts are employed there.

“If you identify the company and find out that your old college roommate works there, you’re off and running,’’ he said.

For an increasing number of jobs, particularly in technology, a strong online persona is essential, hiring managers say. If you are targeting a digital marketing company such as Getfused in Boston, for instance, the more diverse your social media footprint, the better your chances of nabbing an interview.

Getfused creates mobile and digital strategies for Legal Sea Foods, Harpoon Brewery, and the . The company is growing steadily, hiring eight people over the past year, and planning to add three to four employees a year over the next few years.

Spencer Collier, the company’s chief executive, said before advertising openings on job sites such as Monster.com, he taps his LinkedIn network. If you are connected to him and have a profile that matches the skills they are looking for, you may be asked to come in for an interview.

Collier also looks at posts on sites such as to see if potential employees are plugged in. He follows online forums and Twitter feeds, not only to measure skills, but also to get a sense if a potential hire will mesh with his company’s culture.

“You may have the best looking portfolio,’’ he said, “but if you are oil and everyone else is water, it won’t be a good fit.’’

When posting on Twitter keep your feed pertinent to your field, but not relentlessly so, say career specialists. Include links to your own blog posts or new information from other sources in the industry.

But remember to keep the social in social networking. Don’t assume the college chum you find on Facebook will be willing to stick his neck out if you haven’t seen him since the keg kicked 20 years ago. Meet for coffee. And let him know that networking goes two ways: You are ready to help him, too.

Successful job seekers such as Rosenberg say staying in touch digitally is the tenor of the times, but there is no substitute for real human contact.

“There is just something about making a personal connection that you can’t get through any sort of e-mail or social media,’’ she said. “It’s the difference between getting your foot in the door or not.’’

More in the Big Help
Your comment is subject to the rules of our Posting Policy
This comment may appear on your public profile. Public Profile FAQ