Have a narrative prepared before your job interview 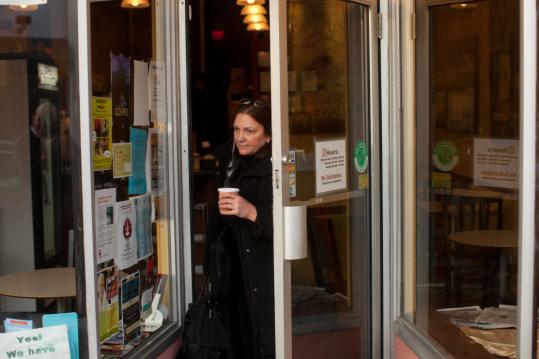 Susan Tetrault Walker left her sales job in Arkansas to move back to the East Coast. Now, she feels as if her resumes go into a “black hole’’ whenever she applies for jobs. (Erik Jacobs for The Boston Globe)
By Cindy Atoji Keene Globe Correspondent / March 13, 2011

Cold-calling is nothing new to Susan Tetrault Walker, an experienced sales professional. So last summer, after leaving her sales manager job at an Arkansas technology firm to return to New England, she focused her sales savvy on finding a new position. She called recruiters, hiring managers, and human resource professionals and applied through Internet job boards, but without results.

“I’m experiencing the black hole phenomenon,’’ said Walker, 55, of Medford. “My applications seem to fall into an abyss and get no response at all.’’

The proverbial black hole has been typical in this recovery, said David Denaro, a consultant at Keystone Associates, a Boston career management firm. “It’s a sign of the times,’’ he said. “With persistent high unemployment, it’s a buyers job market, and employers want only the perfect candidate, at the right price.’’

When Denaro sat down with Walker in his Boston office, he gave her this advice: “You have a four-day workweek as marketing director of you.’’ He encouraged Walker to invest her time into efforts that yielded the highest probability of return, such as exploring the so-called hidden job market, where openings aren’t advertised or posted on job boards. An estimated 80 percent of openings are found in this segment of the job market, according to Denaro, and are typically filled by referrals.

“Keep your eye on the Internet,’’ he said, “but more importantly, use your contacts.’’

Denaro gave Walker several tips for “closing the sale’’ during an interview. After being contacted by recruitment firms, Walker had several phone and in-person interviews but came up short. Denaro suggested the “PAR’’ interviewing technique, in which candidates tell short stories to highlight their abilities, emphasizing these elements: problem, action, result. He provided an outline for employing the technique:

■ Problem: Recall a problem you faced at another job. Add interest to your narrative by adding details for color and dimension. (“The company needed a quick turnaround and growth in specific markets . . .’’)

■ Action: Demonstrate steps taken to solve the problem, using pauses and inflection to show enthusiasm and interest. (“I directed a team of eight inside sales reps to bring growth to accounts . . .’’)

Denaro also recommended that Walker use the PAR technique early in the interview: “Don’t wait until there’s only five minutes left.’’

Finally, Denaro circled back to explain his comment about a “four-day workweek’’ for job hunting. Set aside a day to relax and do fun things, such as going to the movies, buying yourself an ice cream, or working out at the gym, he recommended.

“In this economy, for many job hunters, it’s going to be a long haul, so the pressure of job hunting can affect your spirits and attitude,’’ said Denaro. “Job-search stress can be a negative. So push the ‘pause’ button and take a break.’’

SUSAN TETRAULT WALKER
Goal: Landing a job as a senior manager involving sales and service in a technology or consumer goods company.
Problem: Resumes and cover letters are landing in a “black hole,’’ yielding few responses.
Recommendations from career adviser David Denaro:
■ Expect little or no response from overworked human resources departments, likely to be overwhelmed by applicants in this tight job market.
■ Invest job-hunting efforts in the hidden job market, where 80 percent of positions exist. These unadvertised positions are filled by referral or networking.
■Use the “PAR’’ technique when interviewing, creating a storyline using the “Problem, Action, Result’’ format.
■Plan a four-day workweek for job hunting, leaving the fifth day for rejuvenation. Emotions, particularly frustration, can often get in the way of a productive job search.