Ethical standards carry a lot of weight at these organizations 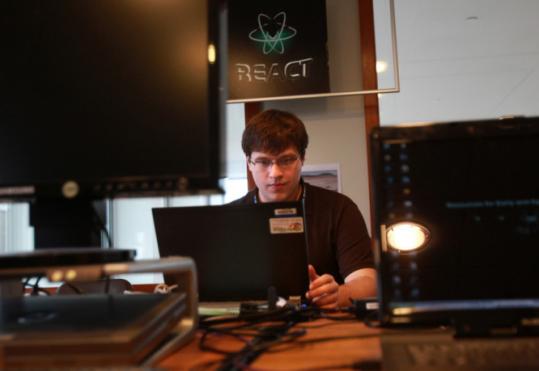 Rob Gustafson is a software engineer at MITRE, where, says one executive, ethics are “baked right into our corporate culture.’’ (Suzanne Kreiter/Globe Staff)
By D. C. Denison Globe Staff / November 7, 2010

ABE MURRAY WORKS for , which is famous for its short and quirky ethics policy: “Don’t be evil.’’ Murray, who has been a product manager at the company’s Cambridge office for three years, is equally noncorporate in his own description of the Internet search giant’s values.

“The term you hear around here is ‘Googley,’ which sounds kind of amorphous,’’ he said, “but it comes down to making an impact on the world in a positive way.’’

Many organizations have more detailed descriptions of their ethics and values. Some, like the one at MITRE in Bedford, are carefully crafted by an in-house lawyer.

However values are codified, success can be measured by the belief among employees that the organization operates according to high moral standards. Workers at Google, MITRE, and Emerald Physicians rated their employers in the Top Places survey as highly ethical — a telling measure of how well a company lives up to its own standards.

Murray calls Google’s mission to organize the world’s information “audacious,’’ but essential. “A lot of the values and ethics here sort of flow from that,’’ he said.

Murray works on the Google Books project, which has been digitizing millions of volumes.

The Googlers he works with, he said, “really feel like we’re democratizing information by bringing a massive amount of content to the world.’’

Google’s “20 percent’’ policy allows engineers and product teams to spend one day a week working on projects they believe will benefit the public good. In 2008, while on the Google Maps team, Murray contributed to a “Where do I vote?’’ project that showed users the precise location of the nearest polling station.

Murray said his colleagues “tend to be almost entirely in spired by the mission. There’s a strong belief here that if you build the right product, the money takes care of itself.’’

This not-for-profit is a unique organization, chartered to work in the public interest by applying technical expertise to critical projects for the Department of Defense, the Federal Aviation Authority, the Internal Revenue Service, and the Department of Homeland Security.

A high ethical standard is central to its mission, according to Sozeen Mondlin, MITRE’s associate general counsel and director of compliance.

“It’s baked right into our corporate culture,’’ she said.

MITRE has two locations in Massachusetts, where about 2,000 of its 7,000 scientists work: a campus in Bedford and one at Hanscom Air Force Base. Because the US government often relies on MITRE to evaluate technologies, “we are extremely sensitive to conflicts of interest,’’ Mondlin said. “Maintaining that neutrality is very important to the company.’’

From the very first day an employee starts at the company, orientation videos, online courses, and discussions hammer home the importance of values to the company’s mission.

An internal website informs employees about confidential channels of communications where they can raise ethical issues and ask questions. The company also maintains an anonymous hotline, hosted by a third-party vendor for added anonymity, to allow employees to discuss or report behavior that they think might be ethically questionable.

In addition, MITRE’s leaders keep “ethics front and center at all times,’’ Mondlin said. He added that chief executive Alfred Grasso talks so much about the subject that when ethical issues come up, employees ask, “What would Al think?’’

Four years ago, when Elizabeth Dunton started working as a registered nurse at Emerald Physicians on Cape Cod, she sensed that the organization was motivated “by something greater than oneself. It was about more than just the individuals who were working there.’’

The values at the small chain of medical offices were established by Dr. Cormac Coyle, who founded the primary care-internal medicine practice in 1997. It has since grown to nine locations in Yarmouth, Hyannis, Brewster, and Mashpee, caring for 35,000 patients.

According to Coyle, “Trust is at the heart of everything we do as a group at Emerald Physicians.’’

Dunton credits Emerald’s values with helping her pursue career growth, from registered nurse to practice administrator. With his emphasis on trust, Coyle, she said, “empowers the staff to work as a team.’’

One of Emerald’s values is improving the quality of life for its staffers. Sick employees receive meals delivered to their homes; two vacation condos — one in Florida, the other in New Hampshire — are available to the staff for free; “healthy living luncheons,’’ with guest speakers, are held every other week; and there are regular yoga classes, chair massages, and spa packages.

“The values we bring to patient care extend to the staff as well,’’ said human resources manager Margaret Dashuta.

Which doesn’t mean that the work itself isn’t challenging.

“Working for Emerald,’’ Coyle said, “is the hardest job most employees are ever likely to have.’’